A follow-up to the best-selling original
15 July, 2020 by rawmeatcowboy | Comments: 4 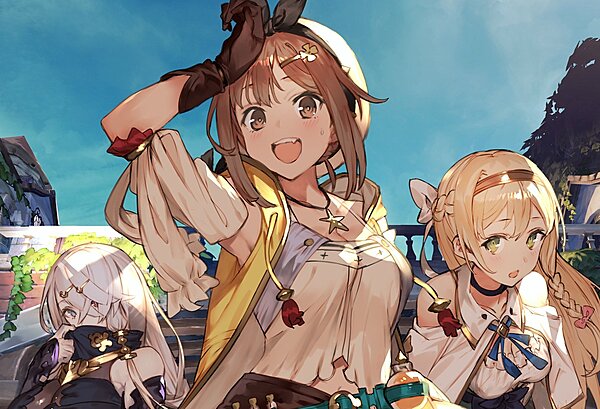 Koei Tecmo has said numerous times that Atelier Ryza: Ever Darkness & the Secret Hideout has been their most successful entry in the Atelier series. That would make a sequel quite likely, and it appears the company is already hard at work on one.

An Aussie rating for Atelier Ryza 2: Lost Legends & the Secret Fairy has popped up, and as usual, the listing says the release will be multiplatform. It's definitely likely the sequel will find its way to Switch, and we should hear some details soon. With Atelier Ryza: Ever Darkness & the Secret Hideout releasing back in 2019, it's pretty surprising to see a follow-up already being rated!

For some reason I didn't think Koei Tecmo would keep releasing a new game in the series ever year but they've managed to keep it going. They truly are the masters of milking something till it's dead. Level 5 have been trying to catch up but Koei Tecmo remain the masters.

To be fair, the Atelier series was an annual franchise waaaayy before Koei Tecmo bought Gust. So Koei Tecmo had nothing to do with the series releasing a new entry every year. That would have continued to happen even if Koei Tecmo hadn't bought Gust.

POWER OF THE ANIME THIGHS, BABY

Down with this just because Ryza is one of the cutest girls in recent memory, legitimately almost thirst-bought the first game