Doubling down on Ryza from the start
03 August, 2020 by rawmeatcowboy | Comments: 1 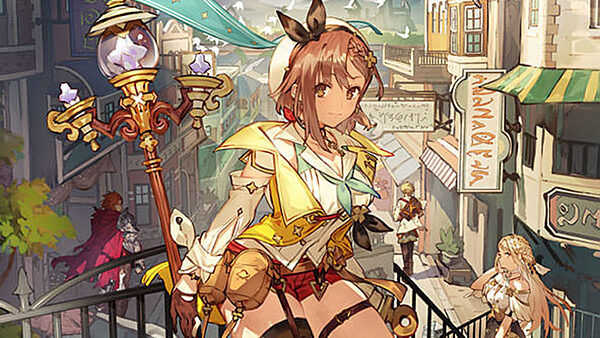 The reveal of Atelier Ryza 2: Lost Legends and the Secret Fairy surprised a lot of people, considering how quickly it came after the first game. Many thought this happened due to the explosive popularity Atelier Ryza: Ever Darkness & the Secret Hideout saw, but according to series producer Junzo Hosoi, that wasn't the case.

In an interview with 4Gamer, Hosoi said that Gust planned to keep Ryza as the protagonist since planning the first game. Hosoi noted that Atelier games usually sell best when they debut on a new platform, which is exactly what happened with Switch. Atelier Ryza happened to see explosive growth for the series, which resulted in a ton of new players. Why Ryza is certainly a major factor in that, Hosoi also said that the revamped battle system, the alchemy system and more helped pave the way for this success.

All that said, Hosoi did say that player support for the first game did factor into Ryza leading the way for a sequel. Again, while that was the plan from the start, the sequel wouldn't have played out if the first game wasn't met with success.

Finally, Hosoi said that if there's a third entry, he's not sure Ryza will be the lead. He's actually not sure what would happen in a third entry just yet, and they'll need to factor in players' opinions of the second game before they can make a decision.

Isn't this fairly normal? Most games are part of a trilogy or have a sequel. So not very surprising. Plus if I'm correct, this is more or less a yearly franchise.