Quite the impressive design
04 August, 2020 by rawmeatcowboy | Comments: 2 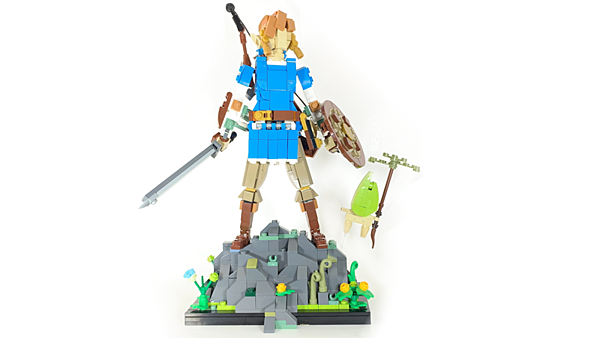 While Nintendo and LEGO are finally teaming up for some official products, fans still have dreams of what the partnership could bring about years from now. For example, countless Nintendo followers would love to see LEGO and Nintendo pay tribute to the Legend of Zelda series. While nothing official has been announced, a fan has come up with their own take on a specific installment in the franchise.

LEGO and Nintendo super-fan Brixter has cooked up an absolutely amazing LEGO tribute to Link from The Legend of Zelda: Breath of the Wild. Brixter is hopeful that this idea could go beyond a fan creation, which is why he submitted it to the LEGO Ideas website. If you click over to the site and cast your vote, you could help get this project in front of LEGO's eyes, and they might consider trying to officially release it.

Very impressive work, but personally, I don't like that style. Would prefer a more standard set with minifigures.