Source code on the website for Crash Bandicoot 4: It's About Time mentions Switch 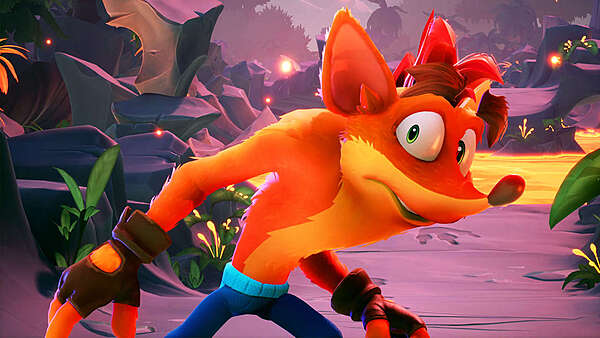 Activision has had a bit of an odd history with the Switch. They do support the platform, but so far, that support requires a lot of patience from Nintendo fans. Crash Bandicoot N. Sane Trilogy came to the Switch eventually, and the same goes for the Spyro Reignited Trilogy. Could the same happen with Crash Bandicoot 4: It's About Time? We're not 100% sure, but we do have the tiniest sliver of hope.

The official website for Crash Bandicoot 4: It's About Time doesn't make mention of Switch on the surface, but when you dig deeper, there's a tidbit hidden away in the source code. In the 'Platforms' section of the site, the source code does indeed mention Switch. If this was implemented fully, it would let you click the drop-down menu on the website to choose Switch as an option for a digital purchase.

Normally I would say this doesn't mean anything, but this exact kind of thing has popped up in the past with Activision sites. Sometimes it did indeed point to Switch releases, as was the case with the Crash and Spyro games mentioned above. It also happened with a Call of Duty title, which obviously never came to Switch.

It's most likely this bit of source code is just the remnants of a template that the web developers use when building a site, and they just left it in there. That said, we certainly hope it's an indicator of something to come down the road.

Thanks to Dylan for the heads up!
Source: Link, Link
Rating: 0

And no one was remotely surprised by this

It would be silly not to.

I’m sure it’ll happen at some point. Why they aren’t gunning for a simultaneous release is beyond me though; if there’s one audience that laps up platformers it’s Nintendo fans. Wouldn’t be surprised if plenty of people double dip when a Switch version is released later so they take advantage of that...I know I’ve done it with plenty of games, Crash trilogy included.

Sony needed something familiar to pad their lineup that isn't some medieval slasher.

Coming to Xbox day one too though!

To be honest I am surprised that Sony didn’t pony up to have it as a timed exclusive though given how synonymous Crash is with PlayStation.

Not a huge Crash fan. I think the original trilogy is really overrated as well as Team Racing. But if it comes to Switch this year I will buy it simply because 2020 is slim pickins for Switch from both 1st and AAA 3rd party perspectives.