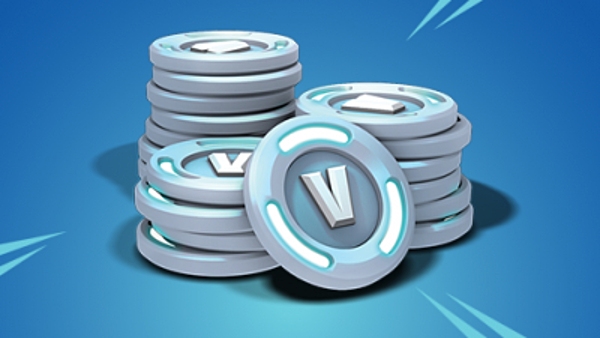 Epic has made quite a big announcement about Fortnite. If you're into buying skins, emotes, and more, get ready to spend less than ever before.

Epic has confirmed that all V-Bucks and real money purchases are now discounted up to 20% permanently. Check out full details below.

The Fortnite Mega Drop is here! Get up to 20% savings on V-Bucks and real-money offers for every purchase on PlayStation, Xbox, Nintendo Switch, PC, and Mac, and on mobile when using select payment methods.

This isn’t a sale… these are new discount prices available anytime! We’re excited to pass along these savings to you and will continue to look for additional ways to bring value to all Fortnite players. Here’s how to snag your savings.

Starting today, any V-Bucks or real-money offers you purchase on PlayStation 4, Xbox One, Nintendo Switch, PC, and Mac are now discounted by up to 20%. You don’t need to do anything!

Is the Fortnite player base starting to decrease? I wonder what is behind this change. Also, Epic is using this pricing structure change to apply pressure to Apple and Google. https://www.forbes.com/sites/davidthier/2020/08/13/apple-removes-fortnite-from-the-ios-app-store/#3d6eed786e7b

That is the reason they changed it, they removed the 30% cut Apple and Google take on these transactions. Apple proceeded to remove the app from their store, and Epic responded with a 62-page lawsuit citing anti-trust laws. Pretty interesting.

If Epic won that lawsuit, which I doubt they would, it could seriously impact Nintendo, Microsoft and Sony. Nintendo would likely be hurt the most by this. Epic is helping no one here.

Your right in saying Epic is not helping Nintendo, Sony, & Microsoft, but you are totally wrong in saying it's not helping anyone. There helping devs massively. Most indie devs or startup companies can't afford to lose 30% of all revenue. 30% is ridiculous for just being able to sell on someone's store.

30% is the industry standard; Dunno why, it just is. On Epic's Store for example, that 12% cut they take means customers have to pay processing fees that they don't on other stores. So it's not just all of what the store provider gets. Epic also offloads all customer/technical support and user reviews to other outlets, so they provide very little to the end user (Which also helps developers having a quick avenue to learn/fix bugs/etc. on Steam for example). But make no mistake, Epic's end goal is putting their store on every platform, including iOS, Playstation and Nintendo. Because if they won, that's the precedent that would be set. Their business model is very parasitical.

Seeing the devs behind Fortnite, one of the worst example of addictive by design, talk about ethic or respect or how to create a healthy environment for the industry... that makes me laugh a lot. I know both issues are completely seperated and have nothing to do with one another, but still. We're seeing Epic trying to act against practices that they deem problematic to the dev scene and disrespectful of basic laws, to some extent unethic. But on the other hand they are themselves responsible for a game that is voluntarily highly toxic to its consumer base. If they're trying to appear as the good guys there, they're going to have a hard time doing so.

But anyway I digress. It's going to be quite interesting to see how this lawsuit turns out. It could impact the dev environment quite a lot.

I agree. They're doing this because it could potentially make them more money in the long run, the ethics stuff is just PR speak.

Seeing the Apple and Epic fight over it, this sort of concludes that all three console manufacturers gave in to Epic with a lower cut if the eShop, PSN and XBL all have in-store discounts now. You know if one said no, Epic would be doing the same thing to them, such as spamming negative PR until they gave in (ex: “get 20% on eShop and XBL V-bucks, but it’s still full price on PSN”).

I wouldn’t be surprised if they force them to take lower digital cuts for any game built on Unreal 5 in the future, as if this is the endgame. The Epic Store on PC already does this with UE4 games sold in it (5% cut versus their normal 12%).

I don’t think Nintendo and others will be getting hit by it because you can still purchase through their shop with the current price now. Apple should just either stick with it or just leave. If the battle is lost, Apple just lost one of the greatest games. I don’t know about Google but we will see.