Japan's richest company of 2020 is none other than Nintendo Co., Ltd. 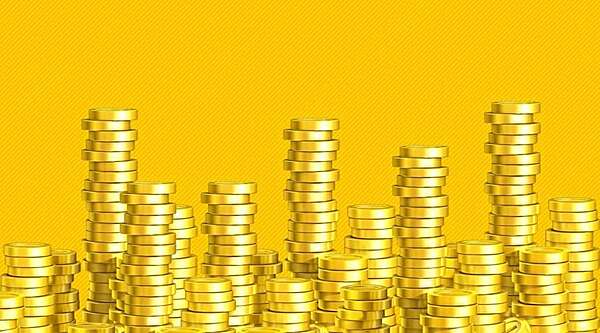 890.4 billion yen (approx. 8.3 billion USD) in cash makes Nintendo Co., Ltd. the richest 2020 company in Japan, according to a financial analysis by Risk Masters. Despite arguably having a slow software turnout this year, Nintendo Switch hardware sales, alongside the launch of Animal Crossing: New Horizons in March, helped to provide Nintendo with some undoubtedly major overall success. This year gives Nintendo a step up in the rankings from 2019, where the company was reportedly placed in second.

How long do you all think Nintendo can live as a company? 2064, 2135, or beyond that? Because I can tell you one thing...they are doomed!

I guess not that long…
In 2064, Earth will be a very different planet, and by 2135, our civilisation may have collapsed…

This circles me back to a thought I've had a few times, has Nintendo acquired any other studios lately? Has there been any sort of real expansion in the Switch era outside of Monolith?

Yeah, I've thought about Nintendo's acquisitions also, but they have so much in-house talent, and all their biggest games are first party titles, I'm not surprised that they're not particularly in the market for dev studios. I like their approach to allowing certain Devs to create unique experiences using Nintendo IP, which would have been unheard of 10years ago. So they are making steps, but I'd imagine increasing their in-house talent is more important than acquiring established studios. Sony and MS have a different approach, and are more hardware developers than software so they're always in the market for Devs.

Except they are at this point having more first party games being made by external studios. So its not an issue of the talent not being in-house. Its an issue with them not wanting to do many mergers and acquisitions, that was the case under Iwata as well.

Also Nintendo does own Monolith, so they are in house.

Yeah, I agree. I just think that Nintendo's success is mainly due to their mainstays which are all Nintendo through and through. I don't think anyone could imagine Sony or MS having any success with only Sony Studios Japan or Microsoft Studios. I wish they'd acquire From Software or at least get them to make an exclusive Dark Souls/Bloodborne like game for the Switch. As long as their in-house franchises continue to print money, mergers and acquisitions will always take a back seat to their thinking.

For sure, though thats because Nintendo invested in exclusive IP internally and externally heavily from the late 90s up until now. Sony basically lost a lot of their first party in the late 2000s and it never was that great to begin with so now they have to rebuild it.

Yes, pretty much. Nintendo really thrives a lot on second-party collaborations with third-parties; it's what they're really good at..

What exactly does "richest company" mean in this case?

Because Nintendo isn't the most valuable company in Japan, not even close, softbank for instance has 16 times more in assets.

It may be measured in number of Scrooge McDuck's vaults.

Ah, this will be the last time I forget to measure with that first.

Just for anyone who might need clarification: this doesn't mean they're the most valuable company in Japan, they're far from it (around #58 based on this ranking by Forbes https://www.forbes.com/global2000/#b039e1335d86). This just means they hold the most "net cash", which is calculated from their total cash and deposits, minus debt and bonds.

I've always wondered why Nintendo holds this large of a "war chest". It's probably related to the fact that they're so focused on a single business unit (game hardware and software) and if that market falls, they can sustain themselves for multiple generations of "failures"... Which might explain why they're diversifying their business so much in recent years, at the back of their strongest asset, which is their IP.

I wouldn't be surprised if, once they feel comfortable in other markets, they start spending all of this cash on some acquisitions. With that amount of money, they could buy massive japanese or international studios. They could buy the remaining 85% of DeNa multiple times over, or they could buy all of Bethesda's parent company (ZeniMax Media) at least twice. They could even buy almost the entirety of Ubisoft. Not to mention other smaller devs or publishers. They could buy an animation studio and produce their own films (if Pixar is valued t $2B, imagine what they could do with $8B).

Anyways. It's a lot of money, and it's odd that it's sitting around so idly.