Super.com Bringing an Amazing Lineup of Switch Games to Gamescom 2020

A bit showing of Switch support
27 August, 2020 by rawmeatcowboy | Comments: 0 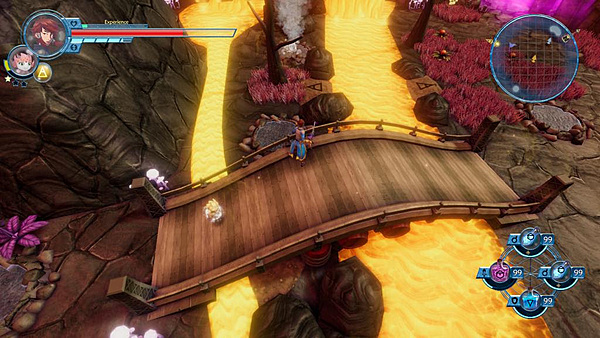 Following up on a successful unveiling of Raji: An Ancient Epic on Nintendo’s recent Indie World Showcase, publisher Super.com is pleased to announce they will be showcasing an incredible collection of games during this week’s virtual Gamescom show. Super.com will be showcasing multiple games across genres and platforms, along with a few Gamescom-exclusive surprises!

Be sure to keep an eye on the IGN stream on August 28 for two new reveals!

The list of games to be shown during Gamescom includes:

Alchemist Adventure (PC, Console, Switch): Currently in Early Access, Alchemist Adventure is an action-adventure that takes place in the abandoned region of the land of Isur. You play as Mya, an alchemist who has awoken to find herself in an unknown place, confused and with no memories of what has happened. As she explores this mysterious land, she will make use of the four elements — fire, water, air, earth to boost her abilities, transform the land around her, and solve alchemy-related puzzles. The land of Isur holds many secrets, all of which can be uncovered both in solo or cooperative play.

Raji: An Ancient Epic (PC, Console, Switch): A beautifully crafted action-adventure game that thrusts you into a deadly war set in the stunning Pahari art style of ancient India. Chosen by the gods to stand against a horrific demonic invasion, Raji, a young girl, must defend the human race in a battle between heaven and hell. With a diverse line-up of weapons and powers gifted to her by the gods, you must master skills and think quickly as you adopt strategies to suit each situation in order to restore peace to the human race. The Gamescom demo will showcase a never seen before boss fight with one of the most menacing enemies of the game!

Broken Lines (PC, Switch): A tactical combat game with a heavy focus on character and story that offers a fresh, accessible, and innovative approach to unit control. Manage a squad of soldiers fighting through WWII-styled battlefields on a desperate mission to get back behind friendly lines. Your soldiers’ experiences continually shape their personalities and their relationships with each other, building up a storyline that reveals the true impact of the horrors of war — and perhaps something more.

Tilt Pack (Switch): Being a box has never been so much fun! It’s a grand battle of the boxy bruisers fighting to become the Ultimate Champion. These boxy heroes, known as “Tilts” can only rotate to navigate the arena while taking into account the shapes and sizes of their opponents. Get rid of the opposition in the quickest way possible as with time, the arenas become more unpredictable and dangerous, leaving no room for mistakes or the overly-cautious.

And keep an eye out for two new additions to the Super.com family to be unveiled during the show!