Jurassic World Evolution: Complete Edition devs on bringing the game to Switch, and concessions that were made 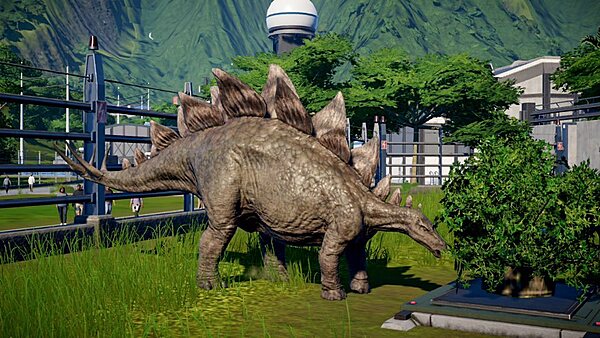 Jurassic World Evolution: Complete Edition was surprise-announced for the Switch today, and it's coming out later this year. This is another in a long line of surprising Switch titles, as many would expect this to be a game that couldn't run on Switch. In an interview with TheSixthAxis, Game Director Rich Newbold explains how the team made it work, and what concessions had to be made.

I’m very proud of what we’ve achieved with the game. I think that Jurassic World Evolution and all of the paid DLC and updates we’ve done is such a big package, so when we looked at what we’d done on consoles and PC, having that graphical fidelity with all the amazing, authentic dinosaurs on those versions, and bringing it across and optimising it for Nintendo Switch, it was a challenge. But what we know of our own engine, Cobra, that we created here at Frontier and base our games on, it was an achievable challenge.

We were in a really good position to look at the hardware that Nintendo Switch offers, the complexities and challenges of that, then look at what we had [achieved in JWE] and find a solution to bring us to that point.

...it was one of those things that was completely different for Frontier. It was the first game that Frontier have brought to Nintendo Switch, and for us to take an existing game, we went with some prototyping, faking up an equivalent version of that hardware on PC to see how the game in its current state reacted and then identified the improvements we needed to make across the entire game.

Our approach was tackling so many subsystems at once to bring them all to an optimised state that would work on Nintendo Switch, whether it’s resetting the audio codecs and plugins that we’re using, looking at the rendering solution on the dinosaurs to make sure they still look as good as possible, but still worked on Nintendo Switch. That was a key pillar, keeping that high graphical fidelity, comparative to the other consoles and PC version as much as possible, but making sensible compromises in parts of the code and the optimisations that we’re using.

So, we’ve tried to make decisions so that for the end user the experience is still exactly the same. The audio quality and the visuals are as strong as possible. We have had to make some changes and limit the number of dinosaurs you can have, so there’s a cap of 100 dinosaurs at once in a single park, and we’ve done that compromise to make sure that the frame rate is as high as possible, but obviously that’s still quite a lot of dinosaurs!

Thanks to Sligeach_eire for the heads up!
Source: Link
Rating: 0

I know I said this on the previous post about this game, but reading this makes me even more hopeful we'll see a "Planet Zoo Complete" some time next year. Would be awesome!

This is a game I was hoping would find it's way to the Switch now here's hoping it runs ok.