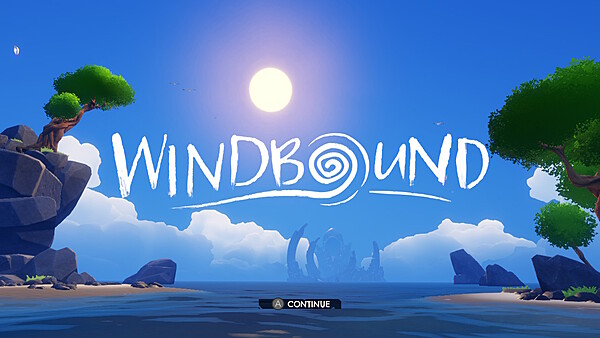 Writing a review for 5 Lives Studios’ Windbound without at least mentioning its similarities to The Legend of Zelda: Breath of the Wild would basically be an impossible task. Both RPG adventures indeed share very similar art-styles and gameplay mechanics, but overall, the two can’t really be compared. While it may help tide you over as a light appetizer until whenever Nintendo is ready to serve BOTW 2, Windbound is a unique standalone experience that should be appreciated for what it is, rather than what it’s not.

Windbound is a single-player survival game, stranding you on a deserted island with nothing but the clothes on your back, wind through your hair, and the smell of the ocean breeze. With two difficulty options available upon starting a new save file, you can choose to play through the game based on whichever style suits you best. Although Survivalist mode is recommended for the full Windbound experience, Storyteller mode could be just right for you too, as it’s more laid back and forgiving. The main difference between the modes arises from what happens upon death. Do you want to start from the very beginning of the game, or would you like to retain your chapter progress? Combat difficulty is also adjusted slightly, as is which items in your inventory are kept after kicking the bucket (only items in the “held” slot are kept in Survivalist). Due to time constraints as a reviewer, I chose to play in Storyteller mode, although I can’t imagine Survivalist adding much more to the equation apart from frustration. Note, difficulty modes can easily be swapped from the settings at any time during gameplay. 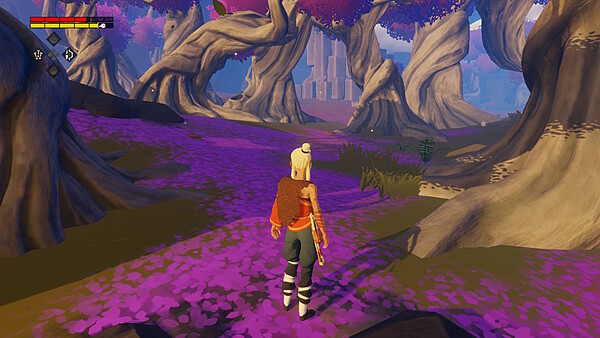 Five chapters complete Windbound’s entire story, which is only about 5-10 hours in length. Each chapter is largely the same, bringing you to travel between different scattered islands across the vast ocean. Three ancient stone towers must be discovered to obtain three mysterious shells known as Nautilus Keys, used to open a pathway into the crossing that takes you to the next chapter. This can feel very repetitive, which actually says quite a lot considering it's the basis of the entire game. The story is mostly told through the uncovering of cave paintings after completing each chapter, as well as cryptic messages throughout gameplay. While I found Windbound's method of storytelling to be interesting and unique, the story itself wasn't deep enough to really intrigue or grasp my attention. The beautiful artstyle and relaxing gameplay is where Windbound truly shines.

Many different materials can be collected across the various islands, allowing you to craft tools for survival. Crafting a boat is quite obviously one of your first orders of business, as traveling across the ocean is where a majority of your time will be spent. The inventory system felt somewhat awkward and took a bit of getting used to. It's definitely not game breaking, but the interface can be slightly confusing to use at first. After collecting the grass materials needed to make a flimsy canoe, I wanted to see if it was possible to complete the game with nothing more than that, as well as basic necessities such as food required for your stamina/hunger gauge.

Not only was the task I placed upon myself easy, but I only died twice, both of which happened on the final chapter. Using a default boat without any modifications definitely wasn't ideal, as it was slow and inconvenient, however, it proved that the difficulty of Windbound is a bit too on the easy side overall. While it's true that I played through the game on the easiest of the two modes available, the differences from playing Survivalist aren't enough to completely change the experience. An increase in combat difficulty wouldn't help, as I was able to simply run past any enemies, darting straight towards my intended destination. Starting from the beginning after dying wouldn't truly increase the difficulty either, and it would just feel annoying and repetitive. Just because Windbound isn't challenging however, doesn't mean it doesn't provide some fun and chill entertainment. 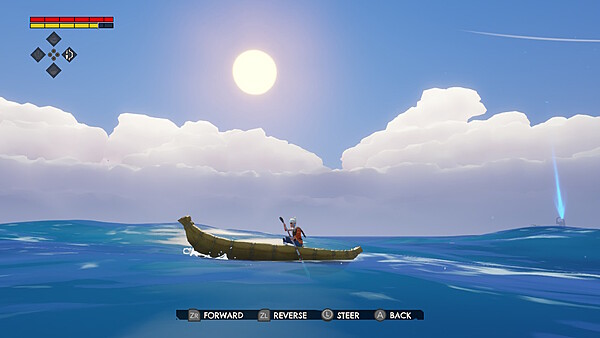 Although simply done by the holding of a button, rowing across the ocean is a genuinely pleasant experience. With gorgeous roaring water as far as the eyes can see, beautiful day/night cycles, and the fresh feeling of adventure, I couldn't help but find myself singing sea shanties while traveling the waves. Sharks can be a genuine threat though, and were the direct cause of both my deaths in Chapter 5. If you have a fear of being stranded in the middle of the ocean, Windbound probably isn't for you. My canoe was chomped, and I was left to drown in the depths. At least I didn't die alone though, as the shark was there to mock my death.

In terms of islands, not too much separates them from each other (apart from the water, of course). While aesthetically lovely to explore, there wasn't quite enough variety for them to continuously be exciting. Even though only three islands contain your main objectives in each chapter, other islands can also be explored to gather extra materials (new recipes are learned by collecting the various resources), or even find a station to increase your maximum health, stamina, and hunger. Your stamina and hunger meter are actually one in the same, which makes for an interesting mechanic. Stamina continuously refills while resting, but you are able to sprint beyond your stamina in exchange for a decrease in hunger. Sea Shards can also be found from breakable pots, which are a form of currency used as “offerings” to gain special abilities between chapters (more on that later).

There are only a handful of different types of enemies, which aren't too much of a threat unless you're after the loot they supply. The combat system is simple enough, with weapons craftable to sling rocks, fling arrows, etc., but you could always go with the good old fashioned knife shank. Using close range weaponry, a lock-on system allows you to target your prey directly. There isn't much of a need for combat, as disappointing as that is, so I mostly left the innocent creatures alone. Technically, I'm the one intruding on their natural habitat after all. 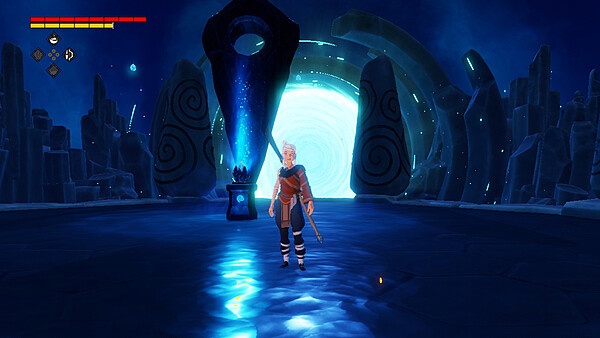 Upon completing each chapter, you’ll participate in “crossing” levels in order to, well, cross over into the next world. Navigating your boat through an overly lengthy body of water while avoiding rocks and other obstacles was a decent enough experience the first time, but became quite tedious and boring by the fourth. The waves are much more aggressive here than during regular gameplay, pushing you to accelerate forward at high speeds. Arriving at the end of these chapter-linking levels, you’ll be given the chance to use the Sea Shards you’ve collected to make an offering. The abilities granted by said offering aren’t really that noticeable during your playthrough. Slightly quicker stamina regeneration or a couple of additional item slots are helpful, sure, but they aren’t good enough to incent me to go out of my way to find and break more pots. 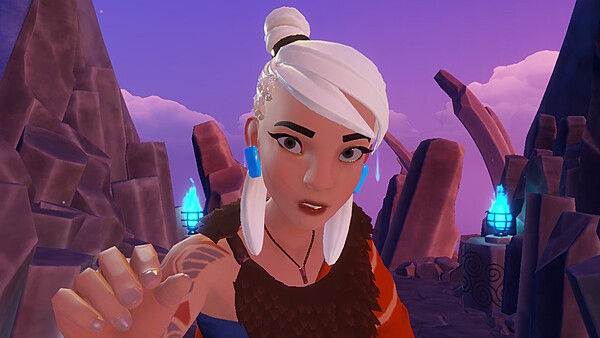 Apart from my aforementioned problems with the game itself, there were also some various technical issues I experienced playing through Windbound. The game frustratingly crashed twice, alerting me with the Switch error message “The Software Was Closed Because An Error Occurred”. Both of these crashes happened after hopping into the portal that takes you to the next chapter. The first time, I actually lost my save data of the chapter I just completed, forcing me to restart an hour's worth of gameplay. Luckily, the second crash wasn’t as infuriating, but was still a minor inconvenience. Speaking of chapter-jumping portals, load times (at least for the Switch version) in Windbound are noticeably slow. Like, 1.0.0 Breath of the Wild levels of slow. I comfortably scrolled through Twitter on my phone while waiting. Only minor glitches were found throughout actual gameplay, although they were more comedic than anything.

Windbound has its problems (and a lot of them), but it’s definitely still an enjoyable experience. With such an ambitious and beautiful world and art-style, it pretty much sets itself up to not fully be able to meet expectations. If the trailers piqued your interest, you’ll likely at least find some calm and cool fun with Windbound, but otherwise, don’t fret on waiting for a sale.

Please note that Windbound is NOT by any means a spiritual successor to Earthbound.