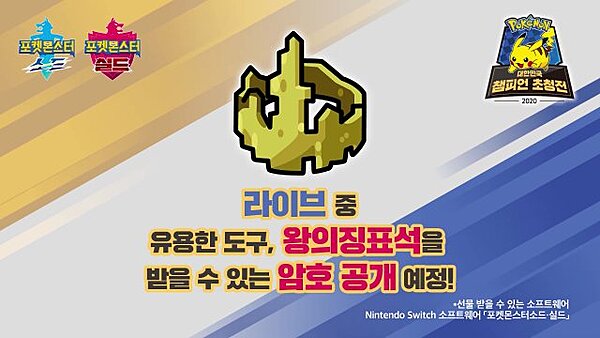 Pokemon Co. Korea have released a distribution for Pokemon Sword and Shield, and mentioned two more that are coming down the road. First up, the company shared a distribution code for a King's Rock, which you can obtain by using the code K2020CHAMP10NS. You have until Sept. 6th, 2020 to redeem the code.

Along with that, Pokemon Co. Korea has announced two distributions tied to Pokemon the Movie: Mewtwo Strikes Back EVOLUTION. Those in Korea who go to see the film will receive two Serial Codes; one for a Mewtwo in Let's Go, Pikachu! & Let's, Go, Eevee! and another to get a Charizard based on Ash's Charizard for Pokémon Sword & Shield. The Charizard is Level 50 and comes with the moves Flamethrower, Dragon Tail, Slash and Seismic Toss, a move it can't normally learn in Sword & Shield.