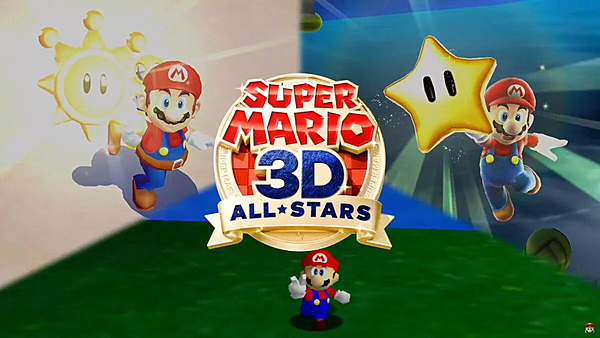 Despite not even being released yet, Super Mario 3D All-Stars has already become the second best-selling game on Amazon. The game has already outsold Paper Mario: The Origami King, and the only game that is currently ahead is the Amazon's best-selling game of the year, Animal Crossing: New Horizons. Even more impressively, the game has only been available to purchase for four days, so sales are expected to increase.

That limited availability doing wonders for them...

I honestly didn't think this was going to be able to compete with Animal Crossing, but I was sorely mistaken! The reality is that these are three huge games that are unique from one another that we can now enjoy on the latest Nintendo console. The fact that it has already outsold Origami King and it hasn't even released is amazing!

Yea, people are starved for Nintendo's games so buying any game which releases, not the most fun strategy for consumers, but surely boosts their sales (just look at botw).

I look forward to debunking you further when we get updated sales data.

I haven’t preordered it but will get it day-1. Thankfully the Nintendo eShop Vouchers are still a thing a Europe to save €10 on this and 3D World next year.

It will outsell the best selling game in the package. And I wouldn't be surprised if it ends up selling twice as much as Sunshine did on the GameCube.

I preordered mine because in Brazil Switch games already cost about 80 USD when they launch, this limited released is basically now or never for physical purchases here

Just goes to show that no matter how many arm chair analysts and videogame journalists can't wrap their head around the strategy, making this a limited item was actually a brilliant marketing move.

You see folks, you can never mess with Super Mario because Super Mario will always be numbah one. And BOTW may had its moment of outdoing the great Super Mario but that's sheer luck.

This time, Super Mario will remain numbah one and Zelda can't even come close to this.