Kingdom Hearts: Melody of Memory team explains how they picked what Disney worlds to include 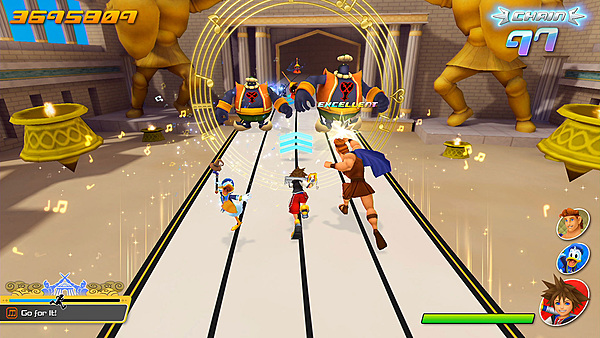 Kingdom Hearts: Melody of Memory is supposed to be a unique way to revisit the entire Kingdom Hearts franchise up to this point, but obviously not every little detail can be included. How did the team decide which Disney worlds to include, and which ones had to be left behind? Director Masanobu Suzui explained in a DualShocker interview.

With the gameplay of Melody of Memory, we have this mode called “World Tour” which you are going through the different stages and worlds. We tried to follow along with the story and the narrative of the Kingdom Hearts series. We made sure to go to areas where there was a boss fight in the specific world. We also tried to choose as many Disney worlds as possible, but we had to take into consideration where players were able to go when playing the original games. We’re hoping that it won’t feel like a rush through a collection of the entire series, but it feels robust.

In other words, "please don't ask us why Deep Jungle isn't here."