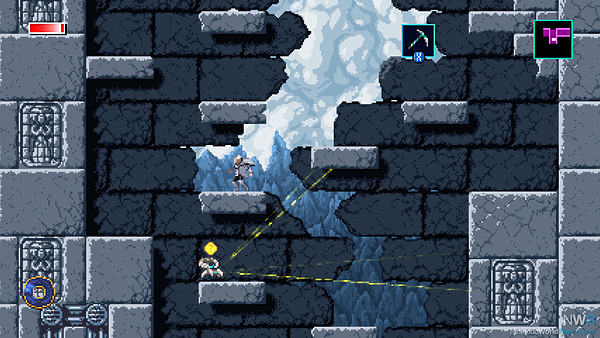 Axiom Verge, the one-man Metroidvania, hit the Wii U years ago, and then eventually made its way to Switch. Now a Switch-exclusive sequel is in the works, which will take us even deeper into the lore of Axiom Verge.

In an interview with NWR, we find out that there's quite a bit going on with the world of Axiom Verge. Developer Tom Happ opens up about the stories there are in the game's universe, and just how much content could be covered if he had the time.

While I was making Axiom Verge, I had no idea if the game would ever have been successful or if I'd have time to make others, but I was afraid that if I didn't plan ahead, I would end up making sequels and prequels that felt tacked on after the fact. So I made an outline of the history of a whole series and tried to pick an interesting part of it to have Axiom Verge take place in. There's about 7 other games in there that I would never have time to do but Axiom Verge 2's story seemed like the most interesting one to continue with if I did get the chance to make it.