Ubisoft removes mention of Switch from the Prince of Persia: The Sands of Time Remake website

Even Ubisoft is confused
11 September, 2020 by rawmeatcowboy | Comments: 8 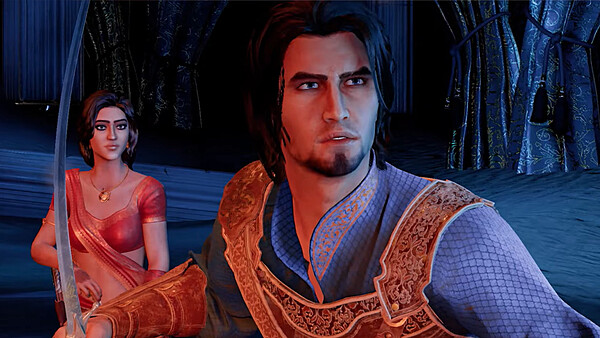 I don't know what the hell is going on with Prince of Persia: The Sands of Time Remake, and it seems Ubisoft doesn't either.

It seems Ubisoft noticed that people were talking about the Prince of Persia: The Sands of Time Remake website mentioning Switch, as they've now scrubbed all reference to the platform. Well, at least on the surface they did. If you check the website's source code, you can still see Switch mentioned.

Is the game coming to Switch or not? Was it a mistake all along, or did the news leak out before Ubisoft was ready? We have absolutely no clue, and the situation just gets more frustrating as time goes on.

Is it possible that the Prince of Persia remake is intended for the rumored Switch Pro? If the rumor turns out to be accurate it would be possible, even likely, that there will be some games that will run on only the Switch Pro due to technical reasons, and since development takes time it would make sense that some developers are already preparing games in secret. That might lead to some confusion since technically the game is in development for a Switch that hasn't been revealed yet.
However, remember this is purely hypothetical and nothing but conjecture at this point. It's just as likely - or even more likely - to be a simple error on their part.

I would be quite surprised if a third party wanted to develop switch pro exclusive games, especially before knowing how well it sells. And especially to try and sell Prince of Persia as one of those games.

Possible it could be in development for switch but will come at a later date.

I think that rather depends on how easy/difficult it is to port to it. Sooner or later some company will have to take the gambit, and Ubisoft has on occasion dared to take the plunge and gamble on freshly launched Nintendo systems.
But as I said: It's merely a remote possibility I wanted to mention.

Absolutely. Though third parties don't necessarily have to take the gambit. Did new 3DS get any exclusive third party games? Maybe a random download only game? New hardware generation is a bit different than a mid-generation refresh.

The 3DS was different, since any game had to be designed from the ground up. I was thinking more along the lines of a company trying to port a game to Switch only to discover the normal version isn't powerful enough but the Pro version might just cut it.
Of course, all that is idle speculation since there is no new Switch officially announced yet and we have no ideas of its capabilities it might have if it were.

If they don't bring it to Switch I can't buy it, that's their loss.

This game is very underwhelming graphically for a remake. I loved the original on Gamecube, but this looks like it could nearly still run on the Gamecube, never mind the Switch. Out of curiosity, I went to the official Ubisoft Youtube trailer for the game just now, and it has twice as many dislikes as likes. Not surprising, there's a lot of disappointment.

Gamestop still has it for pre-order: https://www.gamestop.com/video-games/switch/games/products/prince-of-persia-the-sands-of-time-remake/11108560.html?condition=New

But if you notice, it has a placeholder date, two months after the original releases.

It appears it is coming out later with a separate announcement -- and Ubisoft forgot to remove all references from its PR.