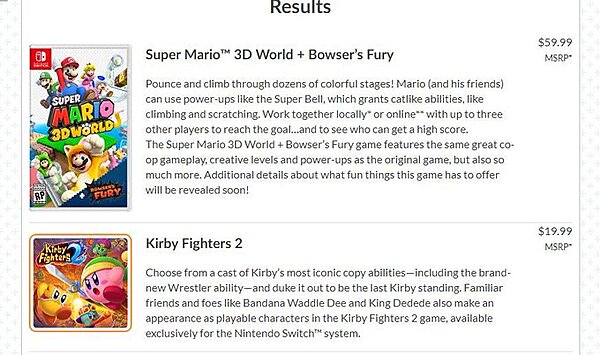 another Kirby fighting game?that disapointing, Hal Laboratory where is the very ambitous Kirby game that who said it gonna release very soon.

It'll be fueled by the microtransactions.

Inb4 it also runs worse than the 3ds games somehow, as the other kirby switch games do

Hey you know what would be cool? Kirby's Dream Course 2. Make it happen HAL.

no i want the next mainline Kirby game to be the first 3D game for the franchise, the franchise already reached it pinnacle in Kirby Planet Robotbot

I would hope that after 35 years HAL is capable of making more than one medium scale title at once.

2020 Has been the first year without a Kirby game since 2013.
It took a global pandemic to stop that from happening.
I suppose next year we'll get three games just to be safe.

please Nintendo and Hal Laboratory let one of the Kirby games in 2021 be the first 3D Kirby game for the franchise.

Kirby fighters in triple deluxe was great, hopefully this one is a lot more expandedm never got to try out the teams mode in dx version but i bet it could be a better smash game in some ways than smash currently is :D