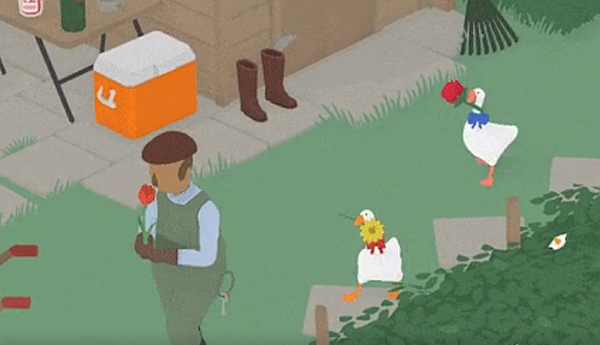 Untitled Goose Game's free two-player update is coming to the Switch today. The update will let you grab a local friend for some co-op shenanigans. Turns out this is something House House wanted to include in the game back when development started.

In a new blog shared by the House House team, we get to learn how two-player was implemented, along with the first idea of co-op play. Check out a snippet from the blog below, then click over for the full piece.

Two-player is something that interested us when we first started working on the game in 2016. But as a very small team, we decided early on to leave the idea behind in order to focus on making the single player game as good as it could be. After the game’s release last year, we had an opportunity to do some more work on the game. One of our favourite things about the response to the game was how many people were playing together with their friends, watching or taking turns. So we decided that the most exciting thing for us would be to add that second goose into the game.