Banner of the Maid getting free DLC on Switch Oct. 3rd, 2020 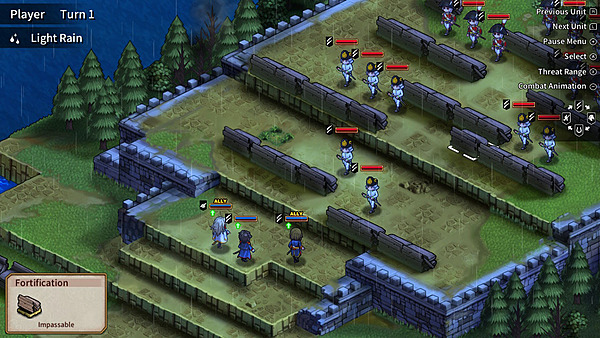 After the successful release of Banner of the Maid on Switch and PS4 last August, developer Azure Flame Studio is proud to announce that Banner of the Maid gets now a new DLC: Miss Elisa's Journal adds five new, high difficult missions. Miss Elisa's Journal was released first on Steam and is already available on PS4: it will be ready for downloads for all Nintendo Switch users on October 3th.

As the riots in Paris have come to the end, people want to know the truth about what happened. Meet Miss Elisa, a brave journalist that decides to take a risk to solve the mysteries around Pauline Bonaparte. In Miss Elisa's Journal players will find 5 new, high difficulty missions that can be unlocked at the salon after they clear the main story!

ABOUT BANNER OF THE MAID

Banner of the Maid is a mix of turn-based strategy and JRPG, set in an alternate French Revolution (late 18th to early 19th century) with fantasy elements and a unique anime art style. You play as the young officer Pauline Bonaparte, leading your troops to victory in turn-based dynamic battles – but also taking part in the complex political landscape of Paris, full of intrigues and conspiracies. But Pauline is more than just a brilliant officer – she is also a Maid, one of the fabled women with mysterious powers capable of turning the tide of a battle… A deep epic story full of twists, glory, and fantasy where the destiny of the Revolution lays in your hands.

In Banner of the Maid you will command the most iconic troops from the Revolution era in deep-turn based strategy combats with dynamic environments -- more than 30 different terrains, including cities, plains, snowy mountains, etc. with environmental changes like snow or fog which will force you to be constantly on your toes, adapting your strategy to every situation. Your generals, over 30 fascinating characters including historical figures like Desaix, Murat and Lannes among others, will all have different backgrounds and skills that can be trained and improved with experience– but you will have to talk to them to discover their stories, gain their trust and understand their hearts if you want them to reach their true potential. You will also take part in challenges and quests to gain political favor, funds to improve your weaponry and supplies – but be careful, for your actions may tip the balance of power in Paris…

After a successful release in China in May 2019, with a user approval rate of 89% on Steam, Banner of the Maid was released on Western markets fully localized to English last January on Steam and this summer on consoles.

Live an epic story of war and politics in an alternate French Revolution
Fight iconic turn-based battles in more than 30 different dynamic environments
Take part of the political vortex of Paris in a thrilling history of intrigues and glory
Complete quests and challenges to establish political connections, gain funds and secure supplies
Train your generals to improve their abilities. More than 30 characters with different backgrounds and skills are available for you to command!
Talk to your allies to win their trust and understand their hearts, and you will be unstoppable in battle!