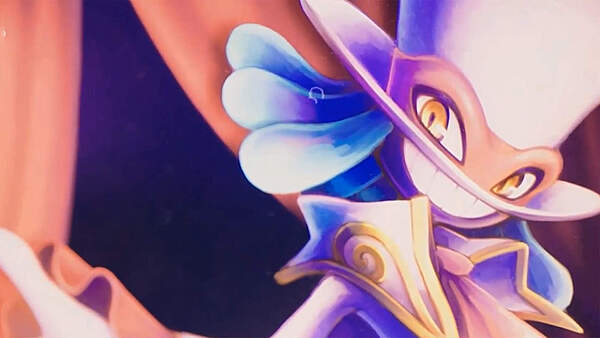 Balan Wonderworld is quite the oddity in today's day and age. 3D platformers used to be the bread-and-butter of the game industry back in the late 90s, but publishers shifted away from them years ago. The genre still has millions of fans, but new games in that style are few and far between. Seeing a major third party greenlight a 3D platformer in today's industry, outside of Nintendo, is pretty much unheard of.

As you may know, Square-Enix bucked that industry trend by announcing Balan Wonderworld. It's pretty interesting to see such a big third party give a 3D platformer the go-ahead, especially one like Square-Enix. The company is known for RPGs, yet they're allowing developer Yuji Naka to create his dream project.

Naka is pretty happy about that, as he shares in an interview with IGN. Naka knows a thing or two about platformers, and he also doesn't think he'd be a good fit for RPG creation.

"I think Square Enix has an RPG image, but I don't think I'd be good at making RPGs."

How on earth did Naka convince Square-Enix to pony up for a 3D platformer? Naka spoke to the company's president about his idea, and the president told him that this is his "one chance" to make the game happen. In other words, if Balan Wonderworld isn't a success, you can expect the IP to be one-and-done.

You know Squenix...there's this thing called target demographic where you cater to specific audiences. So while your audience for RPGs is huge, that alone ain't gonna make you the cut as you've demonstrated owning IP like Tomb Raider, Gex, etc.

Look I'm not saying Squenix shouldn't focus on RPGs solely. My point being is that they could like to expand their IP into something that caters to more? Like a DQ platform game...think of the possibilities that one can work out. Like you play as a Slime and do platforming and all.

Point is whether this game works out or not, Squenix should consider expanding to other genres.

On the other hand, gamers become very vitriolic when companies announce games outside of what they expect. Its a huge issue in Nintendo communities especially, where people will cry when things aren't to their exact liking. It also doesn't help that Yuji Naka doesn't have the best recent track record.

To be fair, the Nintendo community has a vocal minority that is never satisfied with anything.
I'd say Square-Enix has a somewhat varied array of genres, we've got modern JRPGs, classic JRPGs, MMORPGs, survival horror (Dying Light), third-person shooter (Outriders), sim game (Tropico), action adventure open world (Just Cause), action adventure (Tomb Raider), service superhero game (Avengers), stealth (Hitman), + the various Dragon Quest spin-offs that branch a bunch of genres. So they do a lot of varied stuff.
If I were to wish for one thing from them, it would be for the Final Fantasy Tactics series to be rereleased

I agree. I feel they do plenty without having to flip every series on its head with a new genre like the other person suggested or greenlighting just anything just to be different. I am happy they are taking a chance here, though, as it looks very charming. SE does not own Hitman, though. IO Interactive bought out the shares of their company from SE and bought the Hitman IP from them.

Agreed. And this game looks good

I believe they were responsible for the first one of the new games. After that I really didn't pay attention as the game didn't grab me. I had more fun with Hitman GO, which was weird but fun

Yeah, I was kind of surprised about how smaller series like Star Fox, Luigi's Mansion and Metroid have loud voices despite being kind of niche.

Paper Mario despite not being as niche, has that divide since regardless of sales part of the audience highly criticizes it should be one way, and loosely studies the sales data.

I wouldn't call Luigi's Mansion niche. The worst selling new game in the series outsold the best selling Metroid. And 2 and 3 both sold more than 6 million units.

StarFox would benefit from Ubisoft making a new game using StarLink as a base for it. Otherwise a 2-hour $60 game is a really hard sell.

Paper Mario is a weird series. I've played the Super, Sticker, the first, and Color Splash (in that order). The only bad one for me was Sticker Star. It's one of 2 Nintendo games I didn't like (the other one was New Yoshi's Island, but that I at least finished)

Hah. Smart. They must have watched him fail again and again with the 3D Sonic games and aren't interested in funding the next Sonic Team crapfest.

But...they did fund this game, so your point really makes no sense.

They are giving him one chance not to biff it, so my point really makes perfect sense. That was my point, see.

I hope for the best but expect the worst with this one. His 3D Sonic games sucked, he hasn't made anything else great in decades, and he was never really the genius behind 2D Sonic either... though he sure liked painting himself as Sega's Miyamoto. Good programmer though.

I hate to say it, but I don't think he was ever good at making 3D platformers either...

It's always weird to me when people like him make "spiritual successors" that are "inspired" by an original game that they made. Imagine if Miyamoto went to another company and made a Mario clone. Balan Wonderworld looks great though.

But outside the single character being reminiscent of Nights, the game looks and plays nothing like his other games.

This guy said it best.
https://www.youtube.com/watch?v=5mmb6zr_9Jw

From what's been shown to us, this game looks tackle similar themes that Nights did back in it's day.

Maybe Miyamoto would make the Popeye game he couldn't make.

I’m excited for this. I’ve always thought Sonic Team were at their best when they weren’t doing 3D Sonic games and were seemingly allowed to do whatever they felt like and this looks like it could be the return to that kind of Sonic Team game, just under a different studio.

Not expecting the best game ever but it looks fun and looks like it has a decent budget behind it which is nice to see since that’s something rarely afforded to 3D platformers outside of Mario. Hoping for the best!

Yuji Naka doesn't have a good recent track record and while it looks interesting, I don't have much faith.

I don't think this game is going to turn out very well.

For starters, the bulk of development is actually being developed by Arzest; Square Enix is just footing the bill. Remember Arzest? Yeah, those are the mediocre devs that made Yoshi's New Island and Hey! Pikmin, 2 terrible and unremarkable 3DS games mauling Nintendo IP. They were a bacterial split from Artoon who also made the similarly unremarkable Yoshi's Island DS and Yoshi's Topsy Turvy. They are not very good.

The only reason they are doing Balan Wonderworld is because Arzest/Artoon is made up of former Sonic Team employees, so Naka probably brought them onboard due to some bizarre sense of nepotism (Or lack of resources, whichever the case). I am already seeing plenty of red flags from the trailer alone like the stiff and lifeless animations that snap into action very awkwardly, and the boastful claim of "Over 80 costumes to utilize!", which to me smacks of quantity over quality. In practice, it has never been a good idea to devote your entire game to scattered chunks of brief gameplay concepts, as not all of them can have the time, care and polish to be fully realized.

I know people love Oshima's art style (Me included), and they also miss Nights, 3D platformers, and all that jazz, but one really has to face the music here. The odds are incredibly stacked against Naka, and like others have already opined on here, I don't really think that he should be proclaiming he knows anything about 3D platforming. Sonic's leap into 3D has been an age-old point of contention for YEARS, and his previous solo outings like Rodea the Sky Soldier have been massive flops. I wish him the best of luck, but I am not holding my breath over this game. You all ought to not hype this game up at your own peril.

On Naka’s 3D platformers though, Billy Hatcher was a gem of a game. Far from perfect but still plenty of fun, definitely the best of the 3D platformers he was involved in. If they can at least reach that level of quality I’ll be happy!

Ivy the Kiwi? wasn't bad, despite the lack of self-assurance in the title.