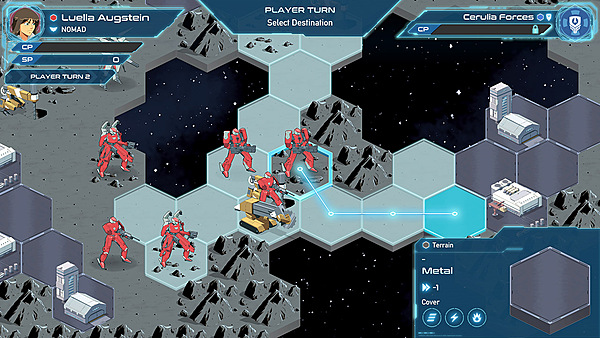 Warborn has been updated to Version 1.0.7. Check out the full patch notes below.

Overhauled and improved AI.
Online multiplayer is not compatible with older versions due to balancing changes.
During unit selection it is now possible to preview ally and enemy movement by placing the cursor over a unit and holding the cancel button.
Slight increase to brightness of lighting in stormy weather.
UI bars (HP, CP etc.) are now sheared at an angle making small amounts much clearer on the bar.
“Intel” has been renamed as “Help” for clarity.
Slight adjustment to layout of button prompts.
Panels indicating status effect addition or removal have been adjusted for improved readability.
Difficulty Adjustments – Hard
Enemies that would previously have a ‘Sentry’ behaviour will now be aggressive immediately.
Enemies that would previously only react to the player at a certain distance will now be aggressive immediately.
Repair skills used by the player are 20% less effective.
Damage taken by player units is increased by 10%.
Difficulty Adjustments – Easy
Repair skills used by the player are 20% more effective.
Damage taken by player units is decreased by 20%.