The next #SmashBrosUltimate DLC fighter will be revealed tomorrow at 7am PT! The video presentation will be roughly 3 minutes long, followed by a brief message from Director Masahiro Sakurai. Tune-in here tomorrow: https://t.co/7RL5x0EEVI pic.twitter.com/Fqmw03axMv

I predict that whoever is revealed, people will bitch and moan and make ludicrous statements like “they don’t deserve to be in Smash”.

Great. I'm fully prepared for the disappointment of another Min Min. My prediction is a Mario character.

Watch it be pixel Mario to coincide with Super Mario Bros. 35.

Reallistically, my expectation so far is a Xenoblade 2 character.

Ugh... just what Smash needs... a third Mario... on top of multiple Mario filler characters. And personally I'd prefer Fiora or Elma over Rex... I loved Xeno 2, but there's enough guys with big swords already... and they'd censor Pyra/Mythra to death anyways...

She would definitely be cool to play. Urbosa is easily the most interesting Champion. Looking forward to learning more about her history in Age of Calamity.

I’m hoping for Travis Touchdown, but I’d be just as happy with Leon Kennedy or Phoenix Wright.

Please, NO POKÉMON OR FIRE EMBLEM char! :-(
I'd be happy with almost any other announcement.

I’m with you there haha. I think we’re safe from FE but I have to imagine one of these DLC characters will be another Pokemon given the size of that franchise. I’m gonna keep my expectations locked to Pokemon for every character until it happens and be pleasantly surprised whenever it’s something different.

I predict that whoever is revealed, people will bitch and moan and make ludicrous statements like “they don’t deserve to be in Smash”. 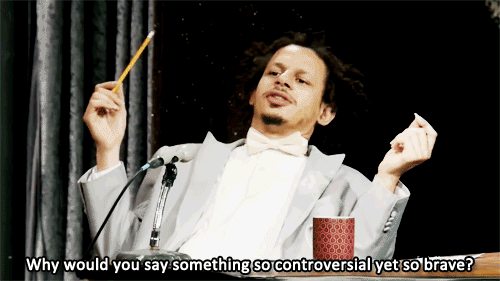 ^This.
I am just happy new characters are being added to the roster. Whether it’s someone I like or not, just having more fighters is exciting. People can support and purchase the character or just don’t buy it, simple as that. Me on the other hand, I always buy the pass to support the game.

My hopes though would be Geno or a Boo-like character, sort of what they did with Piranha plant.

Anyway. I am always curious to see the next fighter and stage and a lot of that curiousity stems from the passion and detail they put into every new entry. I haven't played Persona 5 yet and I have little knowledge of Joker, but damn is his stage one of my favs. And listeningto the music alone wanted me to get P5 (I will, I will... BAcklog though). And damn I love kickin arse with TErry (but then again I am a huge Real Bout Fatal Fury fan). As long as they give it their all I am sure we'll get some fun out of it!

Wishes? I got my Bayonetta long ago, so... I don't know. Jack from Madworld could be cool with a MadWorld 2 coming... But...

It's Ryu Hayabusa, so you all can save your predictions. ;)

Wanted: Orange Star Team (from Advance Wars, with a tease for a new game)*

*PS.: I'll keep posting it until the last fighter

Pls just be a Nintendo character

Whoever it is, I already bought the pass, so i'm screwed and ready to get a terrible character who isnt one of my most wanteds and moan about it until the next one is revealed and so on.

So much negativity! Looking forward to the reveal no matter what!

Can't wait! Haven't been disappointed yet.

I’m wishing for Elma from Xenoblade X but whoever is going to be added tomorrow is fine. I’m hoping at least another first party. I know Elma is a third party character but hey.

I just pray it's "another anime weeb swordsman", just because I find it hilarious how people try to justify a characters worth by measures like that and it would provide a few weeks of entertainment on Twitter. But oddly enough, I know if Travis Touchdown or Sora were to be added, those same people wouldn't care.

In all honesty, I still have hope for Geno, which could hopefully lead to him coming back again in some fashion. The faith of the true hero of SMRPG will never die, not since Melee's release.

So this smash invitation is going to Kamurocho, right? I know I certain Dragon of Dojima that's ready to Tiger Drop the competition.

I'm kidding, I'm kidding. I'm expecting it to be like a Pokemon or something.

As long as is not a Fire Emblem character, I am ok with it.

The Imposter from Among Us.

Mostly 'cuz I want another Terry situation where large chunks of the Smash fanbase have no idea who the character is and complain about how obscure they are.