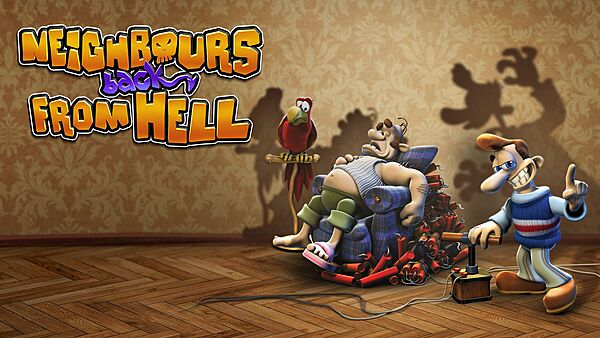 Publisher THQ Nordic and developer MIG has announced they will be releasing an HD remaster compilation of the original two 2003 / 2004 Neighbours From Hell titles for Nintendo Switch.

Launching on October 8th, 2020, "Neighbours back From Hell" will be available from the Nintendo eShop for $14.99. The file size has been confirmed to be set at 2.5 GB, and supported languages include; Japanese, French, German, Russian, Chinese, English, Italian, and Spanish. Screenshots can be viewed from the eShop page here!

The neighbours from hell return! In this HD Remaster of the beloved childhood gems Neighbours From Hell 1 and 2, you play the star of a cheeky TV Show who is constantly pranking his nasty neighbour in the most creative and hilarious ways. You want to replace a candle with a firework? What about replacing the shaving cream with the whipped cream? Go for it!