The masters of disguise
16 October, 2020 by rawmeatcowboy | Comments: 0 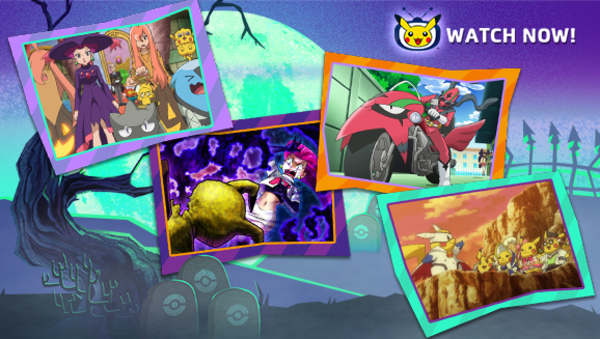 Pokemon Co. loves to take any chance they get to remind fans of the Pokemon TV app. In today's feature, the company has tied things in to Halloween by talking about costumes and disguises. You can see the full feature below.

When it comes to costumes and disguises, Ash Ketchum knows that they're not just for Halloween. Throughout his journeys in Pokémon the Series, Ash frequently deals with people and Pokémon dressed up to hide their identity. This is the perfect time of the year to check out some examples of this costumed chaos right now on Pokémon TV.

Team Rocket is notorious for elaborate disguises that they usually employ as part of their latest scheme, and you'll certainly see them pulling off tricks while disguised as the likes of Professor Oak—or even Ash and his friends. But don't worry, our heroes get to wear some elaborate costumes, too! Whether it's for a movie role, to substitute for another Trainer in battle, to star in a stage play, or to maintain a secret identity as a Battle Royal champion, there are plenty of opportunities to don a fun disguise. And let's not forget the Gourgeist Festival, where everyone dresses in Pokémon costumes!

See what fun disguises you can spot (and maybe get some inspiration for one of your own) by tuning in to Pokémon TV for the next two weeks! Remember that you can watch Pokémon TV here on watch.pokemon.com or by using the Pokémon TV mobile app.