Knight n' Guns, from developer of Urban Flow, coming to Switch in Q1 2021 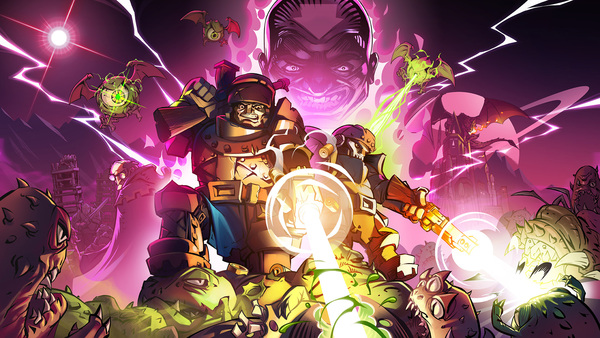 When you think of knights, you usually think of giant swords swinging about on the battlefield. That's not the case in Knights n' Guns, as you might be able to tell from the title. Check out full details on the game below.

Coming in Q1 2021 for Nintendo Switch, Knights & Guns is a mash-up between shmup and pang-style games. Inspired by the classics, developed for modern audiences.

Knights & Guns brings you to a dangerous world where you will fight, alongside your friend, against demons, ghouls & ghosts. Use shotguns, lasers and the power of chivalry to overcome your obstacles.

Become the best version of a knight - one with a gun. Inspired by PANG, Bug Butcher, Mushihimesama, Metal Slug and 19XX: The War Against Destiny. Made for Nintendo Switch.

Play alone or with a friend! Co-op campaign is the way to go!

Conquer the non-linear world! You can rush through over 120 stages, or enjoy the game at your own pace, looking for secrets, and special routes!

60fps gameplay! Try the different modes! Hunt the monsters! Survive! Play on small, big and narrow maps! It is all here!

Check out the awesome suits of armor and GUNS! Lasers, shotguns, grenade launchers, sniper rifles. They are all here!

From the publisher behind Urban Flow, Moto Rush GT and the Paratopic Switch port.