Super Mario 3D All-Stars getting an update on Nov. 17th, will include inverse camera controls options 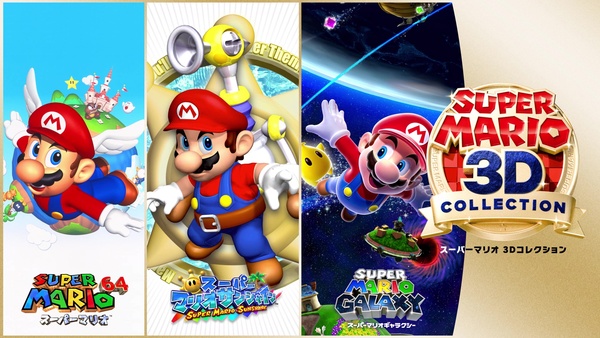 Big news for Super Mario 3D All-Stars fans. Nintendo has confirmed that the game is being updated to Version 1.1.0 on Nov. 17th, 2020. This update is going to allow for inverse camera options in all three games. That includes the third person camera an first person camera, as well as the F.LU.D.D. controls in Super Mario Sunshine. An option that should have been included from the start, but still nice to see added.

Cool to see them updating this!

I hope the next update turns Mario Sunshine into a game actually worth playing!

Cool to see them updating this!

I hope the next update turns Mario Sunshine into a game actually worth playing!

It's easily the worst of the 3D Mario platformers, yes, but it still has its moments. It shines brightly in those. Shiiiiines.

It is very much the Wind Waker of the Mario series. It's rough, objectiviely the worst of the bunch. Just like for WW though, the worst of a series that insanely good is still an excellent game in its own right. In the end, both games are saved by their charm and achieve cult status.

Yeah, Nintendo rushed the hell out of both games and they both could have been so much more with extra time in the oven. I'm really happy that didn't last into future generations and they got back to taking however long was necessary to release the best games.

It has its fun for sure. I love the music, it still looks wonderful and I think Mario is probably the most fun to control in Sunshine out of any of the 3D games. A handful of missions and levels are great fun. But I looked past the nostalgia I had for it as I played it again and it’s just so full of BS that I’m shocked Nintendo ever saw it fit for release to begin with, let alone a rerelease without considerable reworking. Just so many moments that are just not fun in the slightest (red coins on the pirate ships in the theme park, the chuckster level etc). Add on top of that the frustrations of it booting you out of levels if you die, the glitches, the restrictive progression system. I can’t defend this game, as much as it pains me to. I loved it so much as a kid.

It’s very clearly a rush job of a game pushed out because the GameCube needed a Mario game. Really should’ve been so much better.

So these days I play Borderlands 2 AND Sunshine. Aaaaaand I'm an inverted gamer, which we all agree is the superior way of gaming through everything and anything.

So not only is Sunshine something I actually have to learn to play, but also whenever I go from Mario to Borderlands and the other way round, my brain starts not working properly and I tend to go very, very mad at my thumbs that are just so random and all over the place.

Finally I will unwrap mine

They should be updating it with Super Mario Galaxy 2 for free.

That's great and all, but I'd rather they update Sunshine to use a Gamecube controller.

Glad for inverse but I already played through sunshine... Now give me Gamecube support.

The only game that I have issues with is sunshine, and I've already finished it.

As an old guy who completely based my “inverted” camera preference on playing these old 3D Mario games, it was unthinkable to me that Nintendo reversed the camera controls on us with no option to change it.

I was so determined to play through them that I RETRAINED MY BRAIN after 25 years of 3D gaming to feel natural with normal camera instead of inverted. Since then, any third-person 3D game (Xenoblade, Splatoon, etc.) I’ve had to go back into the settings and put it back to Normal. So it was a blessing in disguise I suppose, so I’m glad to see it added as an option. Too late for me though.