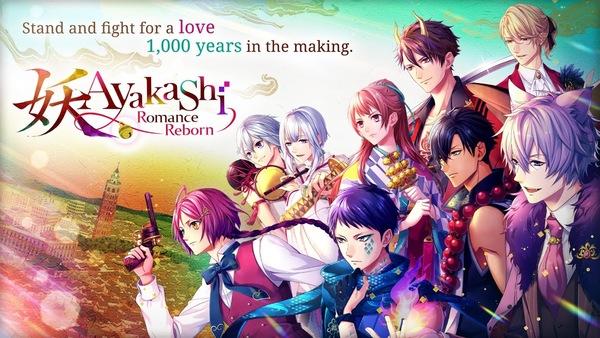 Currently only available on mobile devices (iOS & Android), the card-based romance-action game "Ayakashi: Romance Reborn" is on its way to Nintendo Switch. Launching sometime in February 2021, the port has only officially been announced for a Japanese release. An English localization exists for the mobile version, so it's definitely a possibility that we'll see a western reveal in the near future. A synopsis via the Google Play store can be found below!

Experience the evolution of Otome Romance in this groundbreaking card-based romance-action app!
Immerse yourself in a deep storyline full of twists and turns with a strong MC!
Patrol the city streets with your choice of 15 handsome Ayakashi!
Get spirited away by the all-star Japanese voice cast.
Chill and interact with adorable chibi characters at the Milk Hall.

Embark On Epic Adventure!
The city is under attack by the Wraith scourge! Only you and your handsome Ayakashi comrades have the power to protect those you love!

What are the Wraiths?
What is this Kagura Bell Wand?
Who is pulling the strings from the shadows?
Unlock the mysteries behind this epic adventure, and win the heart of the man you love! Do you have what it takes to save the day?! Stand and fight for a love 1,000 years in the making.