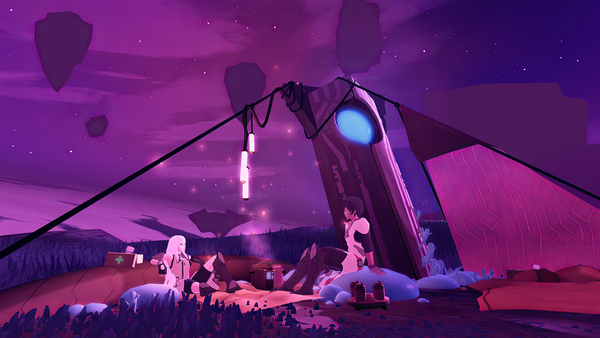 While Haven is hitting multiple platforms in December, the Switch and PS4 versions aren't coming until early 2021. Wondering why that is? According to a TechRaptor interview with The Game Bakers Co-Founder and Executive Producer Audrey Leprince, the pandemic ended up causing some trouble for the team.

"Our plan with Haven was to ship all the platforms at the same time, including Nintendo Switch and PS4, as we wanted players to be able to play the game regardless of the system they own. Haven is the adventure of two lovers escaping at the end of the world, but it's also a game about the happiness of everyday life. It packs a lot of positive and wholesome vibes, is designed to be accessible and [stress-free], and it was important for us to make it available with a minimum of friction to players."

Leprince said that their team of 14 people were working hard on the game, but some extra work was needed for the next-gen versions of the game, and then the pandemic ended up slowing down development in general. This unfortunately pushed the Switch version into 2021.