Hyrule Warriors: Age of Calamity has suffered a leak 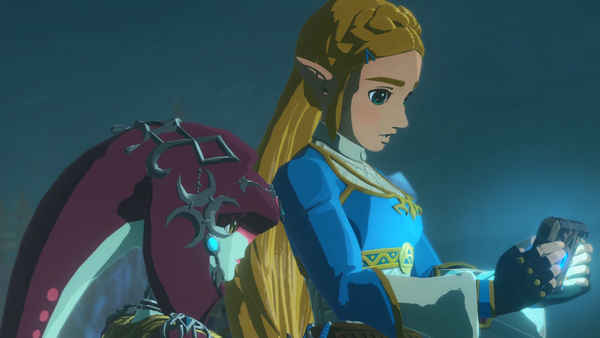 It's unfortunate to say, but nearly every big Nintendo title this year has been hit with a leak prior to launch. Sadly, this has happened yet again, and Hyrule Warriors: Age of Calamity is the target.

Please be careful on social media and other corners of the internet, as there are all sorts of spoilers out there. Everything from the full roster, cut-scenes, and much more is floating around. Obviously we won't be sharing those details, and won't link to places where that content has been shared. We're just putting the word out there to try and stop spoilers from ruining your experience.

Thanks to Russell for the heads up.
Rating: 1

First The Last of Us Part 2 and now this. I think people just want to get spoiled. People want to know things at the moment.

I think it's very hard isolating from those things if you follow anything really. You're more likely be surprised by jumping into a series you didn't gave a chance before.

All in all it just feels like big companies need to invest more in security since audiences, and hackers aren't going to change.

Ive seen people posting about it who allegedly have it saying it is, but its hard to take that at face value at the moment.

lmao thanks for saving me some money hackers

Well at least it's only around 48 hours away from launching.

Disappointing lineup of playable characters. It's confirmed what we were told about a month ago in another story here. The original Hyrule Warriors had a far better and interesting cast.

I think this game was rushed a bit(and it shows), and shoehorned in because Nintendo don't have any game ready for the holiday period. It's kind of embarrassing in a way. The playable character roster may get better with DLC, but you'll likely have to pay for them.

That’s another thing about this game. They announced their plans for DLC for the original Hyrule Warriors on Wii U just before the Western release. It doesn't look like they're going to do that with this game. You can be sure this game at the very least will be getting patches, I'd say lots of them, and probably a day one patch.

On one hand, I'm still mildly disappointed its not HW2 building on the previous game's roster and games.

But on the other hand, this is literally the best case scenario when using only BotW characters. It is definitely a lot more than I had imagined, so that is nice. Also, if they had gone with HW2 over this,

would never be playable over the Champions, whom I wanted the most, so thats pretty cool.

At this point I'm almost more concerned about the games that haven't suffered leaks.

Do Retro and Platinum just not have anything for hackers to steal? (~_~)

I suspect its less hacking and more review copies are being leaked/shared.

That explains the leaks surrounding games that are imminently releasing but we're getting info for things years down the line in some of these cases.