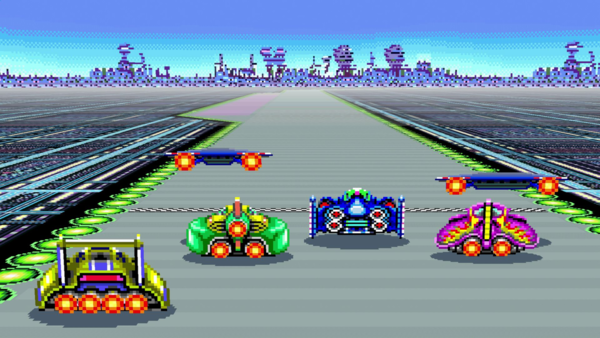 Would've been nice to get a collection of some sort to honor this anniversary. I would have liked a compilation of the SNES and GBA games on a cart.

That’s something I meant to remind you of, I was thinking about it earlier in the week and then completely forgot about it. Everything is so old nowadays. It's making me feel old. F-ZERO GX is a phenomenal game, the pinnacle of the series. I don’t think Nintendo care all that much about it unfortunately. Even the aforementioned F-ZERO GX was made by Sega. Imagine Nintendo letting them make a Mario Kart game. Imagine them let the series sit dormant for the better part of 2 decades.

]"today marks the 30th anniversary of F-Zero bursting onto the scene in " JAPAN. Came out in 91 in NA.