Now THAT's something to brag about
26 November, 2020 by rawmeatcowboy | Comments: 8 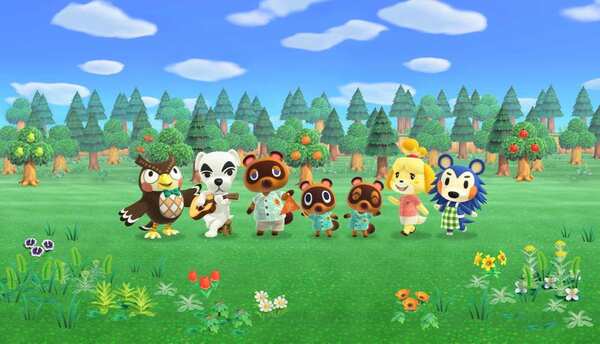 Nintendo has claimed all sorts of records for their hardware and software sales, but Animal Crossing: New Horizons just snagged what could be the biggest feather in their crown yet.

Animal Crossing: New Horizons has surpassed 6 million physical units sold in Japan as of this week. The game managed to hit that total in just 7 months, making it the fastest game in Japan's history to reach that milestone. Pokemon Gold and Silver were the previous record-holders, breaking that mark in 13 months.

It's worth pointing out that this figure only includes physical sales, so there's no doubt Animal Crossing: New Horizons has sold way beyond 6 million in Japan, and likely broke the milestone a number of weeks back.

Yes, THIS is something to brag about. That’s very impressive sales numbers, unlike something else. Well, a lot of games sales look poor next to Animal Crossing: New Horizons.

It's insane how this game is selling. ANd I am guessing the budget was a tad bit less than, let's say, Death Stranding, so they are earning good money here... And with them updates coming often I think it's here to stay for some time.

I believe the only ROI they have on the Switch is Mario Kart 8 Deluxe. But then again, you'll be hard pressed to find a better ROI on an exclusive

I don't know the numbers but I have this feeling they are pretty darn good, both of them. Too bad Ninty is doomed.

They're so doomed people have put Doom on the Game&Watch

I can't believe Animal Crossing reaches 20 million in just half a year since its release. If only the other IP like Metroid, Golden Sun, F-Zero, Star Fox etc could get the same treatment.

Wow that is pretty nuts. I wonder if this will be an evergreen title for the remainder of the switches life.

I haven’t booted Animal Crossing in a couple months. I might dip back on around Christmas and do some weeding.