Panic Button says id looked at Switch as a "first-class citizen" with DOOM Eternal, talks about the toughest part of porting 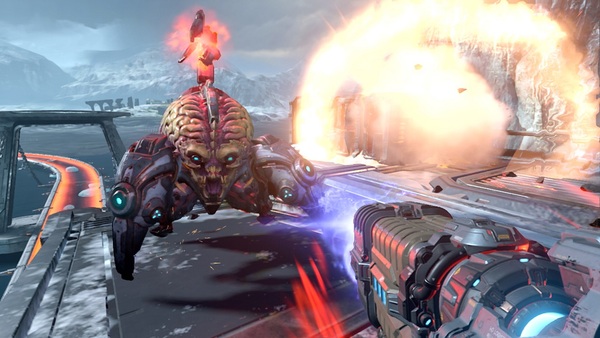 DOOM Eternal has been a long-time coming on Switch, but we're finally going to get a crack at it come next week. Panic Button has been hard at work on the game, making it the best version it can be on Switch. They were actually in on the project day-one, thanks to the support from Bethesda and id.

In an interview with Nintendo Life, Senior Producer Cody Nicewarner talks about being there right at the start with DOOM Eternal, along with the toughest part of the porting process. Check out his comments below.

Yeah, from day one they looked at Switch as kind of a first-class citizen when they were starting to develop for Doom Eternal and we definitely saw some benefits from that and their team getting more and more familiar with the hardware in their pipelines, definitely that contribution and collaboration did move forward from Doom 2016 to Doom Eternal, so there was definitely some positive elements in looking at this early on.

I would say that from the previous projects that we’ve worked on with both id software and Machine Games, nothing I would say necessarily stands out as atypical as far as the challenges that we’re faced with, but we did transition from id Tech 6 to id Tech 7, so this really did, in a way, push the limits of not only the Switch, but the scalability of the new id Tech 7, so I wouldn’t say anything stood out.

Ever since the original releases mankind has continue to find ways to make Doom run in the most unexpected places.

Doom 3 was a showcase when it was shown running on a mobile device and now Eternal shows it's possible to run on Nintendo's latest hardware.