Colossus Down heads to Switch in Jan. 2021

Down for a January launch
02 December, 2020 by rawmeatcowboy | Comments: 0 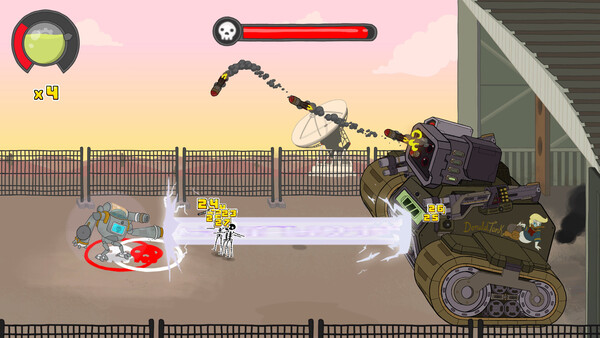 Mango Protocol previously announced Colossus Down for Switch, and they said it was coming soon. Now we know that the game is set to launch sometime in January 2021.

Colossus Down takes place in the same universe as Psychotic’s MechaNika and Psychotic’s Agatha Knife. In this game you'll join forces with Nika, MechaNika, Agatha and the Great Bleeding Pig in a peculiar and crazy mission of destruction of "everything that isn't cool."