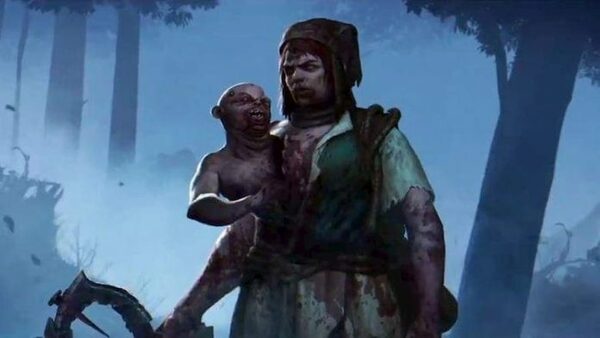 The latest chapter in Dead by Daylight introduces the Twins, which are a two-in-one killer. You mainly play as Charlotte, but you can use a special ability to take control of Victor as well. Victor is a much smaller character that can jump on survivors and alert Charlotte to their position.

In an interview with Comicbook.com, Behaviour Interactive talked about what it's like implementing a smaller killer as compared to the previous characters.

“...when we were talking about things like, for instance, Leprechaun or Chucky or something like that, having a diminutive killer is something that we've asked ourselves, ‘How should we do this? Would it be fun to be, literally, a meter tall and run in the grass and chase people?’ This came about because we had the bandwidth to try a few crazy things and we hit upon a recipe that was cool.”