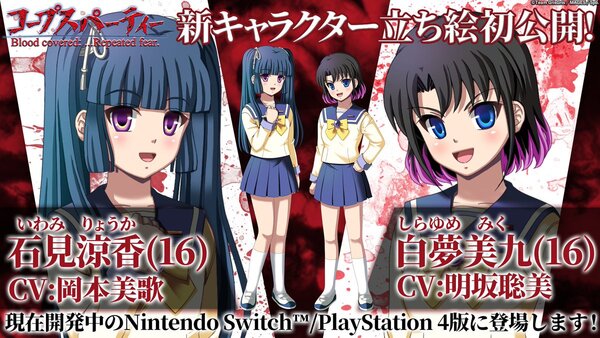 Two character profiles for the upcoming Corpse Party: Blood Covered …Repeated Fear have been revealed. Characters Miku Shirayume (voiced by Satomi Akesaka) and Ryouka Iwami (voiced by Mika Okamoto) can be seen in the image above. These characaters appear in the Extra Chapters content for this game. Corpse Party: Blood Covered …Repeated Fear releases for Switch in Japan sometime this year.

I've played through the game both on the 3DS and the PSP but should I start another run just for a new Extra Chapter?
The answer is probably yes.