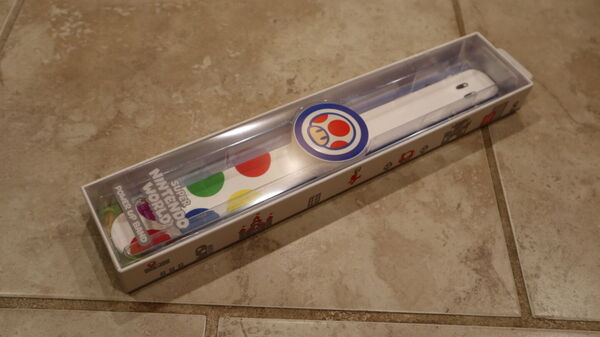 
It'll be a long time until the United States gets its versions of Super Nintendo World, but the action is already underway in Japan. Plenty of press members and influencers have already gotten to walk through the park, try out rides, and give the Power-Up Bands a go. That's what's given us the latest round of details we're sharing today.

Wondering what exactly the Power-Up Bands have to offer and how they interact with not only the mobile app, but the park itself? Another round of information has come in that goes over multiple features of the Power-Up Bands, including some tidbits we haven't heard before. You can get a complete breakdown of the details below.

- the Power-Up Band is a slap bracelet
- park attendees are encouraged to rack up various virtual currencies (stamps, coins, and keys)
- earning two keys will let you take on the Bowser Jr. Shadow Showdown
- this is a group activity that pits multiple players against Bowser Jr. and various other enemies
- collect stamps by tapping your Power-Up Band to physical objects at the park like Question Mark Blocks and touch panels
- some of these cause a picture to light up, and others start mini-games like slot machines, note blocks, and hide-and-seek
- with hide-and-seek, you look for particular characters through a pair of binoculars
- some stamps can only be earned once
- every newly claimed stamp gives you coins
- coins factor into a series of leaderboards (some daily, some all-time)
- mini-games include "Koopa Troopa POWer Punch," "Piranha Plant Nap," "Bob-Omb Kaboom Room," "Thwomp Panel Panic," and "Goomba Crazy Crank"
- each of these have multiple difficulty levels and award Bowser Jr. key
- songs available in the park's "Note Block Rock" attraction include: "Ground Theme," "Water World," "Bob-Omb Battlefield," "Main Theme," "Athletic," "Underground," "Slider," "Airship," and "Ending Theme."

Thanks to Daniel for the heads up!
Source: Link
Rating: 1