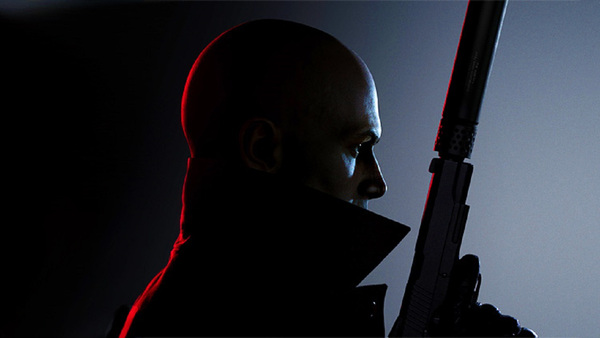 Hitman 3 came to the Switch and other platforms a few days back, and it's already breaking records. Developer IO Interactive took to Twitter to announce that Hitman 3 saw the biggest digital launch in franchise history. Hitman 3 on Switch is cloud version only, so you either go all digital or you get nothing! No doubt the Switch version helped rack up a few more sales for Agent 47 overall.

I don’t think it’s fair or accurate to consider a purchased license for a cloud version of a game as a “digital purchase.” If anything it’s more akin to a one-time subscription fee, but an expensive one at that. I really dislike this cloud-based streaming future we’re facing.

The cartridges and discs we acquire for physical media also have a certain life expectancy and will eventually stop working. Or even if your media still works, your system can die on you. Sadly nothing is forever

Sadly nothing is forever Sad

Apart from my love for beer, bacon, boobs and Bayonetta <3

And this is why emulation is vital to preservation, and for that to work, we need to be able to at some point own the product so that it can be archived... streaming entirely removes this from the equation.

Kinda, because there's still quite a lot of systems we can't emulate well. Heck, the GameCube emulators are not 1 to 1 and people have been working on them for over a decade

I wonder if the Mario Sunshine re-release on Switch will help Dolphin devs make their emulation better. They can’t re-use code but they can break down the emulator and see what makes it tick to understand if they can do something similar or better with Dolphin.

It will certainly help, but just how much it's hard to tell. And that's not even accounting for hardware specifics such as recognizing the Wii Remote (or duplicating it) and other motion control paraphernalia.
It looks as if one great and legal way of preserving those games is backwards compatibility. I just hope more companies embrace that on the hardware side and the software side as well.

Yeah, in fairness, Microsoft has been be the best at supporting backwards comparability out of the big 3.

The dream is that every game purchase, digital and physical, just carries over to the next hardware. Physical gets tricky when the media changes. If Nintendo followed Microsoft’s lead, then when the next system releases I would just re-download all my eShop purchases. Will that happen? Probably not unfortunately.

But if I buy an Xbox Series S|X today, then pretty much all those digital games I bought during the 360 era and the physical 360 games I have will just be there and work. MS honestly don’t get enough praise for that.

Agreed! I really hope MS is able to set it as the industry standard. They've done an amazing job at it. And they are the reason why PS5 owners can also play PS4 games, because Sony themselves called it "a useless feature that nobody uses" in an effort to undermine Microsoft's investment in the area.

I just hope that by the time Nintendo releases new hardware, it's expected that it will run Switch games. I also hope that NSO grows to add GB, GBC, GBA and N64 in the next 4 to 5 years. There were so many games I never got a chance to play from those systems and having them NSO style would be awesome. I know I'm the minority here, but I've put a lot of hours into NES and SNES games from NSO, many of which I had never played before. Heck, I beat Ninja Gaiden and it was awesome!

The problem (that I contribute to) is Nintendo can resell old games time and time again and they keep getting bought. So why upset that business model.

It's true that they have a unique power at hand. However, the issue that led to the downfall of the Virtual Console was that the vast majority of people only bought the same games. And with their NSO model they will still make money out it every year. So they can keep expending backwards accessibility and making bank while doing it.

And quite frankly, considering the price, it's worth it for me. For the price of 4 NES games (or 2.5 SNES games) I have access to over 100 games (of which I've played over 40 already). Just by that it would be an amazing offer. But I also play online quite often. There's Tetris 99. There's the Super Mario limited run game. Cloud saves. Full game trials. All of that for $20 a year? I'm more than fine with that.

If Ninty ever gets back into the power race their system(s) will get more games like these physically... But until then.....

I'm not against cloud streaming games if they're up front and offer a fair monthly/annual subscription fee. I'm part of the Amazon Luna beta and at the current $6/month I'm loving it. No doubt the full release will probably be more expensive, but $6 a month to play games that were on my radar, but didn't feel like buying initially is a good option for me. I'm also playing some gems that I didn't even think I'd enjoy.

What I hate is "buying" a cloud streaming game when at best it is a rental at the mercy of servers, licenses, and the likelihood of these services being abandoned if they don't generate enough revenue. People just need to speak with their wallets and avoid overly anti-consumer options if possible.