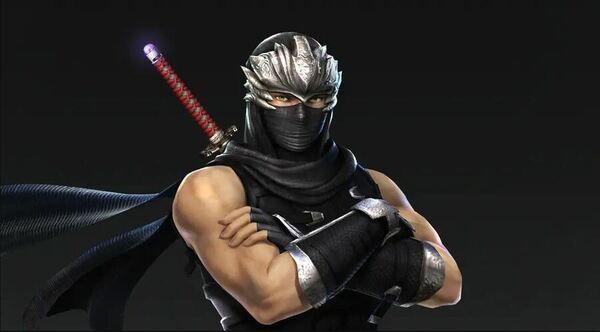 Tomonobu Itagaki used to be THE guy at Team Ninja, spearheading franchises like Dead or Alive and the reboot of Ninja Gaiden. While Itagaki hasn't been part of Team Ninja for quite some time, he's still more than willing to talk about his time with some of those big-name game franchises.

In an interview with Dextero, Itagaki was asked whether or not he thought Ryu Hayabusa would be a good fit for Smash Bros. Ultimate. Check out his comments on the matter below.

“Super Smash Bros is a very popular game. I think it’s a stage big enough for Ryu Hayabusa to play an active role.”

I couldn’t help but laugh at his comment because he had apparently maintained his massive ego even after falling far from his former stature in the industry.

I’d very much welcome Ryu Hayabusa to Smash since those games were pretty huge in the NES days, and the first couple reboot titles seemed like they were going to bring the series back big (but kind of sputtered out, sadly). Hayabusa is also a Dead or Alive character, of course, and that series is still going pretty strong and has always been fun. I think he’s Smash worthy, personally.

We already have two Roys

Am I forgetting something?

Well, Ryu has a sword so that improves a lot his chances of getting into smash.

He can’t be in Smash because he hasn’t been in a Nintendo consoles! DOA in 3DS doesn’t count.

Not only has that not stopped characters before, but surely the Ninja Gaiden games released on the NES, Game Boy, and SNES count for something...

As mentioned already, there were several Ninja Gaiden games on Nintendo consoles already, but nobody mentioned the one that released at the launch of Wii U.

Funnily enough, I bought my Wii U with NG3. I still have the physical edition in front of me, but I forgot to mention it lol

I'm surprised he didn't throw Ivan's name in there too (the dude from Devil's Third).

This character has been HEAVILY rumored for months. So I wont be shocked if he is the next character or one of the remaining 3. Besides Steve (who is from the best selling game of all time and popular in Japan) and Banjo (who has heavy ties to Nintendo due to Rare) its not like we are getting anymore Western characters and we are starting to run low on iconic/classic japanese IP characters to pull from.

There's three more characters coming, so I'm not really sure what this statement was supposed to mean?