While there are no official plans for a sequel, Tadpole Treble Encore's creator does have some ideas for a follow-up 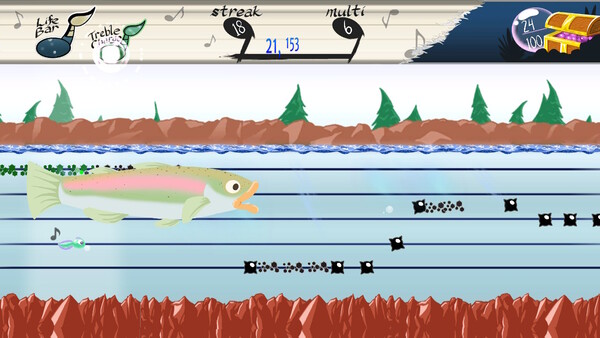 Tadpole Treble launched on the Wii U back in 2016, and just recently came to Switch as Tadpole Treble Encore. The game was met with critical success both times around, garnering lots of attention and awards as well. That has led to numerous requests for a sequel, but could it happen? NintendoEnthusiast talked to creator Matthew Taranto to find out.

I can see a sequel to the game working and I’d have a number of ideas that would expand on the ideas present, but right now there are no plans for a follow-up. We’d like to first try our hand at something that doesn’t involve such precision and timing with all the stages! That was definitely one of the toughest aspects of getting the game to work for us.

Maybe making the game more than an hour long would be fine. Game's cute, has funny ideas and I like the fact that most of the songs play along with a small story, but it is really, REALLY short.