The little game that could
01 February, 2021 by rawmeatcowboy | Comments: 8 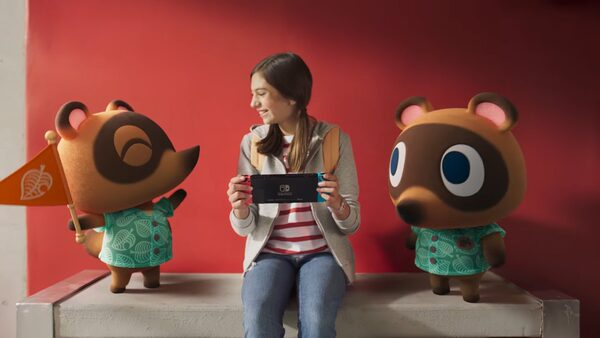 Nintendo's sales data from last night shows that Switch is just shy of 80 million units sold so far. That's in less than 4 years on the market! While plenty of games are helping the Switch achieve those sales, Nintendo mentioned Animal Crossing: New Horizons as the biggest catalyst recently. See their statement on how that game is pushing consumers to buy Switch below.

Sell-through for the overall Nintendo Switch family in this third quarter exceeded the strong showing seen in the same period of last fiscal year, bringing sellthrough to the highest level since launch. The release of software titles like Animal Crossing: New Horizons this fiscal year encouraged more new consumers to purchase Nintendo Switch family hardware, and also encouraged more families that already owned the hardware to purchase a second one.

Literally the first thing I thought of when I heard this. Pretty scummy of them.

It’s a needless restriction and could have easily been an option that when you start a game on a new account you can join an existing island or start your own. They’re excuse if I recall was to do with “cheating” or item duplication or something. Pretty BS to be honest.

Yeah this admission is pretty brazen dirtbag maneuver. One of the things my kids were so excited about before this game launched was the prospect of *not* having to share the island with their siblings. Not cool, Nintendo, but I guess it worked for them.

Not just that, but speaking as Player #2 on my own island, I'll bet they downgraded the second-player-experience for the very same reason. I can't think of any good reason for them to have shut other players out of the island's progression (upgrading buldings, moving villagers, placing bridges, etc.)

I actually joked about it before saying stuff like "Aaahh. Nintendo are completing their masterplan with AC:NH"... Joke's on me?

I'd be happy to buy another Switch + Animal Crossing if local multiplayer was possible for people that live in the same village.

Playing with my daughter sucks because sharing a screen and not doing what each one want isn't fun.

Bad practices shouldn't be rewarded. I love AC:NH, but needing a second Switch for a second household member to have their own island was such straight-up horsesh....ugar.