Crash Bandicoot 4 framerate and resolution on Switch detailed, devs discuss the "big undertaking" of the port

A Crash course in tech specs
10 February, 2021 by rawmeatcowboy | Comments: 0 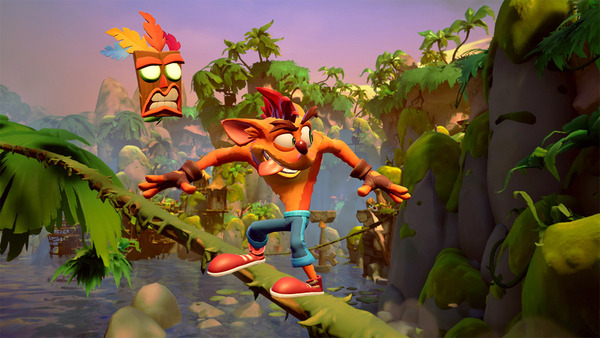 Many expected Crash Bandicoot 4: It's About Time to come to the Switch, but it's nice to finally have that confirmed. Activision officially announced the game yesterday, and it's coming out March 12th, 2021.

Want to know a little more about the tech specs for the title? Nintendo Life spoke to Toys for Bob Creative Producer Lou Studdert to get resolution and framerate info for the Switch port, and it's certainly no slouch. The game will be 1080p and 30fps docked, while handheld will be 720p and 30fps as well.

That's obviously pretty impressive, and it took a bit of technical know-how from the dev team to make that happen. Studdert elaborated on the work that went into the Switch version.

I mean it's the same challenge as bringing it to any console, honestly. There's just so much content in the game. There are so many levels, there are so many different ways of playing, there's all these different things to make sure work. So for our engineers, our artists, our QA team, just making sure that it's a seamless transition, and it performs as well as it did on the consoles we originally launched with. It's a big undertaking.