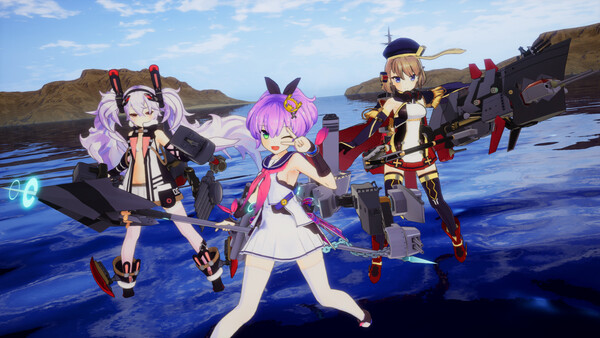 Azur Lane Crosswave hit the Switch in North America a couple days ago, and now it's Europe's turn to get in on the fun. Check out details on the European release below.

Kansen are ready to make a splash onto the Nintendo Switch™ platform! We’re excited to announce that the 3D action shooter game, Azur Lane: Crosswave is out now in Europe and North America physically and digitally on the Nintendo Switch!

European users can now grab the free, limited-time download of the playable character, Neptune from the Neptunia™ series. Please check the free download availability for North American and European users below.

The Nintendo Switch version of Azur Lane: Crosswave contains new additional content! The following have been added to the Switch release: