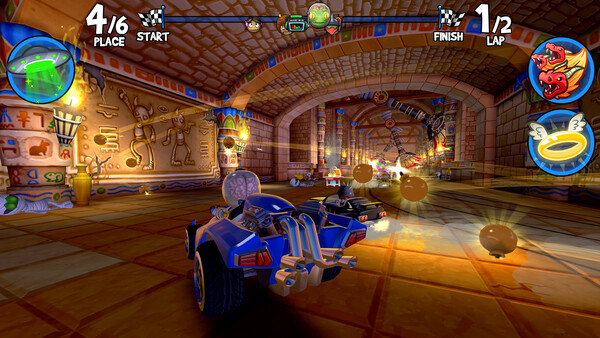 Beach Buggy Racing 2: Island Adventure was already announced for Switch, but now we know when it's going to release. Developer Vector Unit has confirmed that we'll see the game on Switch on Marcy 17th, 2021, and they plan on offering a 10% pre-order discount when pre-orders go live.

Along with that, the team teased work on "super cool, super-secret DLC" for the game that they plan to launch sometime in early Summer 2021. While we wait for more info on that, check out a recap for Beach Buggy Racing 2: Island Adventure below.