Kotobukiya shows off ARTFX J Cynthia and Garchomp prototype figurine, confirms May and Torchic figurine in the works

The ARTFX J series is set to expand
27 February, 2021 by rawmeatcowboy | Comments: 0 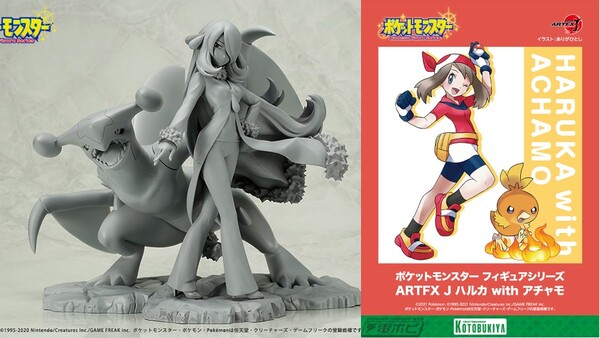 Kotobukiya has given fans an update on their upcoming Pokemon figurines that are part of the ARTFX J series. First up, we've gotten a new look at the previously revealed ARTFX J Cynthia & Garchomp figure. We saw the art before, but now we can take a look at the unpainted prototype.

Along with that, the company revealed that the ARTFX J series will expand with a May & Torchic figure. There's no prototype image for that yet, but you can see artwork for what to expect above.