1,314 matches since our March 2022 relaunch. For older content, check the GN Archive.

Tribes of Midgard updated to Version 4.0-1 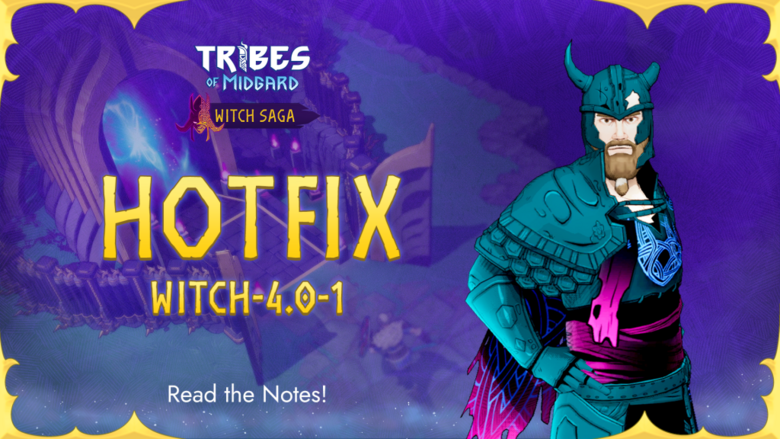 Tribes of Midgard has been updated to Version 4.0-1 on Nintendo Switch. You can see the patch notes for this update below.

We now have an official launch date for the western release of Loop8: Summer of Gods. The upcoming Marvelous-developed RPG will be available for Nintendo Switch in North America and Europe on June 6th, 2023. Pre-orders for a newly revealed “Celestial” Limited Edition are now live as well, alongside standard physical editions. In other news, you can check out the latest Story Trailer that has been shared by publisher XSEED Games above.

A coming-of-age adventure, Loop8: Summer of Gods follows protagonist Nini and his classmates as they try to defeat the Kegai, demonic entities who have forced humanity to the brink of extinction.

Raised on a failed space station known as “Hope,” Nini returns to Earth to spend his summer in Ashihara, one of humanity’s last remaining sanctuaries. Gifted with “Demon Sight,” Nini can use his special connection to the gods to reset the world, with each loop allowing him and his allies to relive the 8th month over and over until they get it right…or the Kegai overwhelm them entirely. 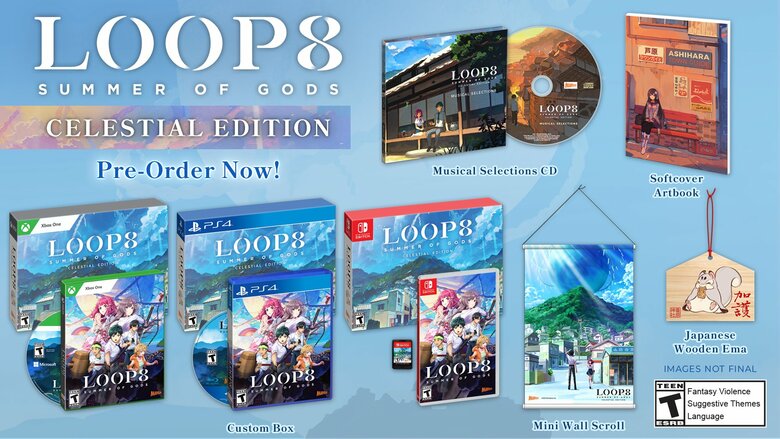 Check out the Character Spotlight trailer for Comfey in Pokémon UNITE

Last week, The Pokémon Company announced that the fairy-type Pokémon, Comfey, would be available in Pokémon UNITE on February 2nd, 2023, but only a single screenshot was shared at the time. Now, the Character Spotlight trailer has been released, showing off 30-seconds of gameplay footage featuring Comfey in action. Check out the latest Pokémon UNITE trailer above. 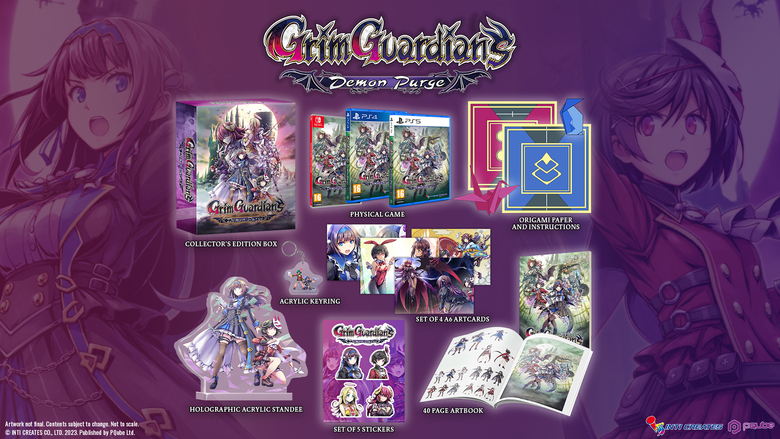 PQube and Inti Creates have announced that a Collector’s Edition is in the works for the upcoming 2D side-scroller adventure, Grim Guardians: Demon Purge. It will be available in Summer 2023, a few months following the launch of the standard physical and digital release on February 23rd, 2023. Pricing info has not yet been shared, but exclusive retailer Funstock has confirmed that pre-orders will go live soon. Check out everything that’s included below. 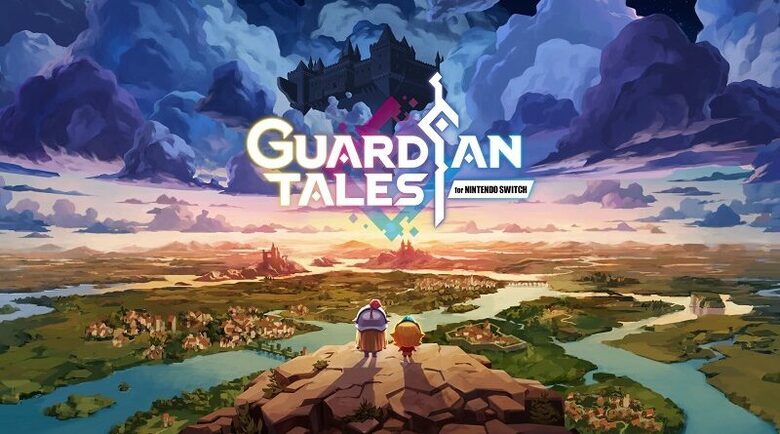 A twentieth patch has been released for Guardian Tales on Switch. Check out the full patch notes for this latest update here. 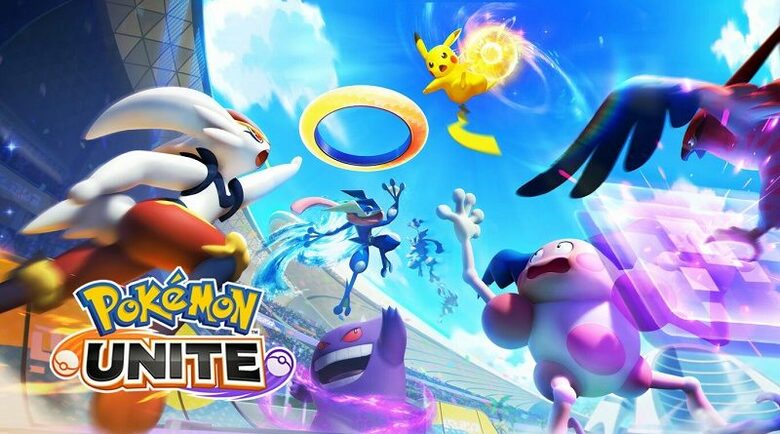 Pokémon UNITE has been updated to Ver. 1.8.1.6 on iOS, Android, and Nintendo Switch. We don’t know the file size of this patch, but we do have a breakdown of all the new changes and adjustments.

The full patch notes for this update are as follows.

Sableye could too easily use Shadow Sneak to safely hide in stealth, so Shadow Sneak has been nerfed to give Sableye’s targets more opportunity to retaliate.

So that Urshifu’s fists are used more for offense than defense, Wicked Blow has been nerfed. Ebon Fist’s ability to throw opponents was also too powerful, so it has been nerfed.

Boosted basic attacks and Surging Strikes have been buffed so that Urshifu can continue attacking without interruption.

Flowing Fists took too long to reach its full power, so it has been buffed.

The mobility and attack power of Swords Dance was too strong, so it has been nerfed.

Scyther’s mobility was far too high throughout battle, so Dual Wingbeat, Swords Dance, and Green Illusion Dive have been nerfed.

Mr. Mime has been able to contribute greatly in battle from start to finish. To reduce Mr. Mime’s capability in the second half of battle, Confusion, Power Swap, and Showtime! have been nerfed.

Moonlight and Gravity have been buffed so that Clefable can more easily protect its allies.

Phantom Force has been adjusted to make it easier for Hoopa to warp freely.

Hyperspace Hole has been buffed because its ability to give an advantage had decreased.

Rings Unbound was buffed so it can be more easily timed.

The damage dealt by Shadow Ball has been buffed. 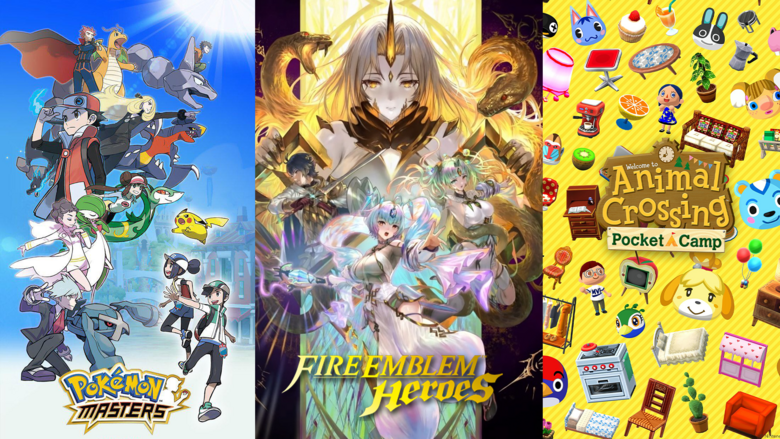 Animal Crossing: Pocket Camp, Fire Emblem Heroes, and Pokémon Masters EX have all received a content update. Check out the full details for each game below via perfectly-nintendo.com.

Check out the launch trailer for SpongeBob SquarePants: The Cosmic Shake

Are you ready, kids?

As of today, the Battle for Bikini Bottom spiritual successor, SpongeBob SquarePants: The Cosmic Shake, is available now for Nintendo Switch. Developer Purple Lamp and publisher THQ Nordic have now released a launch trailer for the game to mark the occasion, which you can check out above. Details and screenshots can be found via the eShop page here. SpongeBob SquarePants: The Cosmic Shake is priced at $39.99 USD with a 5.4 GB file size.

Wish-granting Mermaid’s Tears in the hands of SpongeBob and Patrick… What could possibly go wrong? Sure, the very fabric holding the very universe very together could come very undone, opening up portals into Wishworlds full of knights, cowboys, pirates, and prehistoric snails. But that’s nothing everyone’s favorite sponge can’t handle - with the right cosmic costume! Everybody do the Cosmic Shake!

A prequel to Road 96, the critically-acclaimed adventure RPG from developer DigixArt and publisher Ravenscourt, has been announced. “Road 96: Mile 0” will be released for Switch on April 4th, 2023. Check out the reveal trailer above and more details below.

Fans of Road 96 will remember Zoe, one of the main characters of the original game. She comes from the rich side of White Sands and her father works for President Tyrak’s government as the Minister of Oil.

Kaito—a character from developer DigixArt’s first game, Lost in Harmony—on the other hand, was born in rough, impoverished Colton City. After moving with his family to get away from Colton City’s pollution and find new jobs, Kaito finds himself in White Sands as well. It’s been two years since this move and they are now close neighbors to the Tryak abode.

Intrigued by his dark demeanor, Zoe gets closer to Kaito and the two develop a strong friendship. This budding friendship with Kaito eventually exposes Zoe to disturbing truths about her country and even her own father. Through this new-found relationship, players will discover what made Zoe flee her home and the truth behind the 1986 Border Attack that sets off the events of Road 96.

Varying the narrative-driven gameplay of Road 96: Mile 0 will be sections that let us explore the thought processes of both Zoe and Kaito through psychedelic musical rides. Skating through these rhythm-based segments, players will make impactful narrative and emotional decisions that shape the journey of the game’s two protagonists. 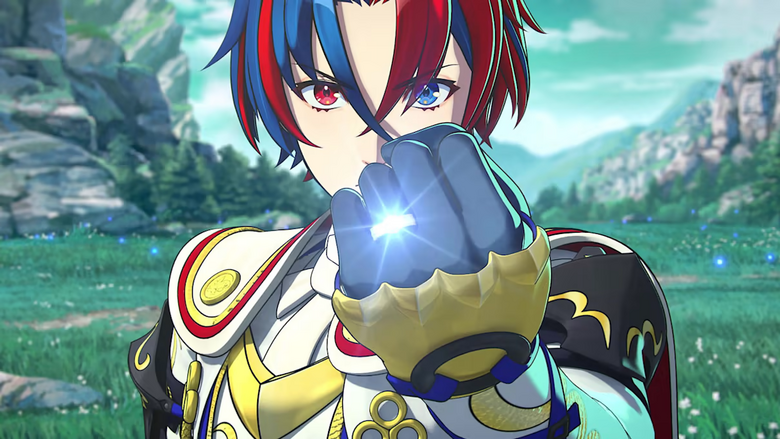 Wondering how the Switch held up in Japan this week? Switch titles impressively made up 9 of the top 10 best-selling software list. As expected, Fire Emblem Engage debuted in first place with 144,558 copies sold, dethroning Pokémon Scarlet and Violet after eight consecutive weeks at #1. The rest of the Japanese charts is quite standard, with top-selling titles such as Splatoon 3, Mario Kart 8 Deluxe, and Nintendo Switch Sports making their usual appearance.

As for hardware, Sony’s PlayStation 5 managed to take the top spot this week for the first time in a while. This is followed by the Switch OLED in second, selling 28,626 more units, with the standard Switch in third (12,820 units sold), and the Switch Lite in fourth (10,141).

The Crimson Flower that Divides: Lunar Coupling demo now available on the eShop 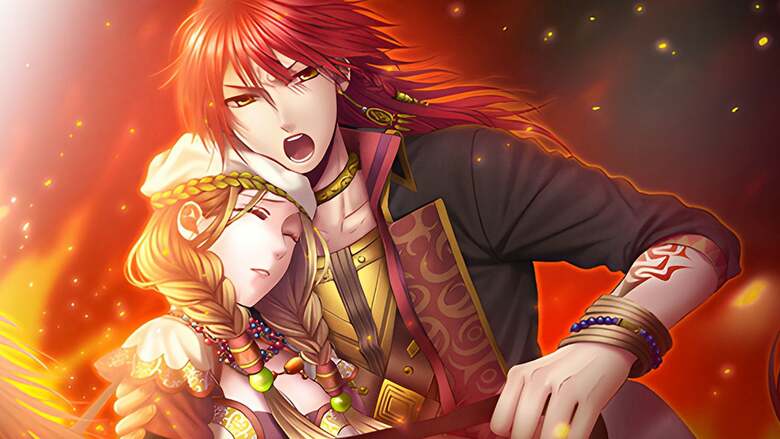 The Japanese otome visual-novel “The Crimson Flower that Divides: Lunar Coupling” from developer Operetta Due and publisher Dramatic Create has received a free demo on the Switch eShop worldwide. As previously announced, the full game will launch on February 23rd, 2023. You can visit the Nintendo eShop page here.

Strictly Limited Games has announced that they’ll be releasing physical Switch copies of Flyhigh Works’ 2D side-scrolling action game, Shinobi non Grata. Pre-orders will begin exclusively via Strictly Limited Games’ website sometime soon, with both Limited Edition and Special Edition options set to be available. Shipments are expected for Fall 2023. Check out a rundown of each edition below. 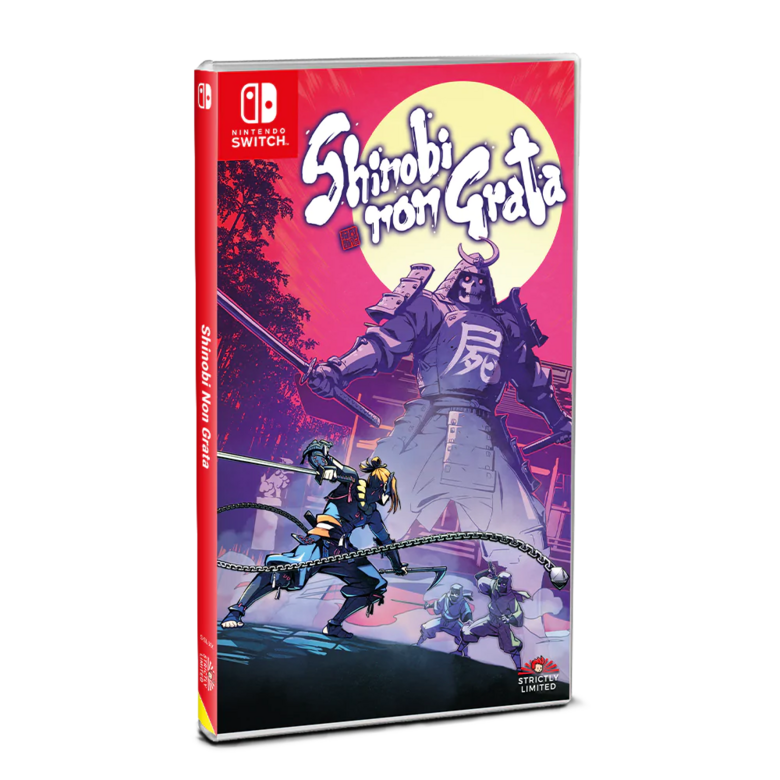 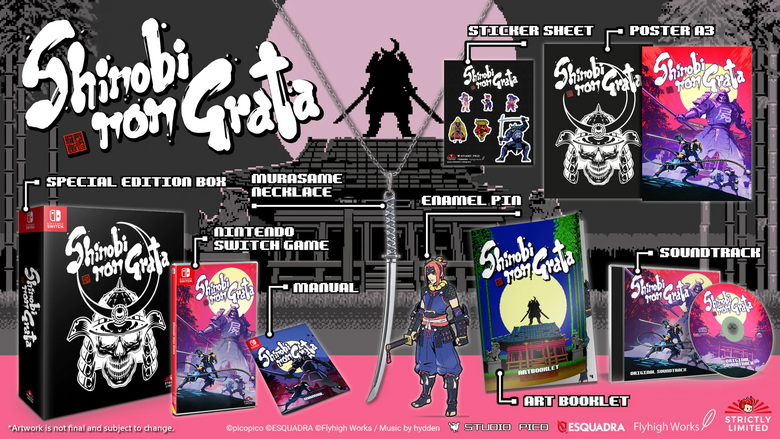 Fire Emblem Heroes, Animal Crossing: Pocket Camp, and Pokémon Masters EX have all received a content update. Check out the full details for each game below via perfectly-nintendo.com.

Don't Starve Together updated to Version 1.4.0 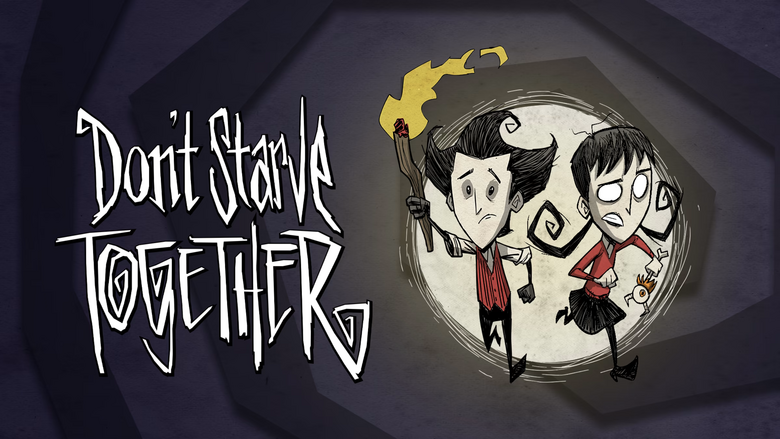 Don’t Starve Together has been updated to Version 1.4.0 on Nintendo Switch. You can see the patch notes for this update below.

The former Nightmare King suddenly finds himself facing his past… and a choice about his future. Everyone take your seats, the Amazing Maxwell’s next act is about to begin. 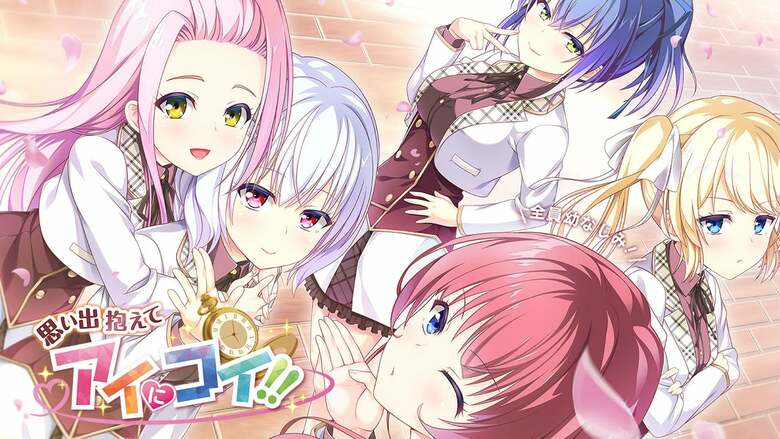 The Japanese romance visual-novel “Omoide Kakaete Ai ni Koi!!” from developer HOOKSOFT and publisher Entergram has received a free demo on the Switch eShop in Japan. Only the Japanese language is supported for this release. Regardless, as long as you speak Japanese, the demo can be downloaded worldwide by creating a Nintendo account with the region properly set to Japan.

Omoide Kakaete Ai ni Koi!! launches for Switch in Japan on February 22nd, 2023. An English localization has not yet been announced. 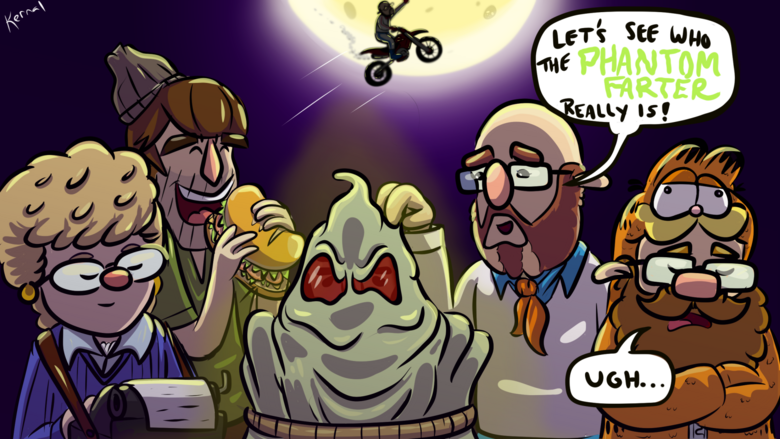 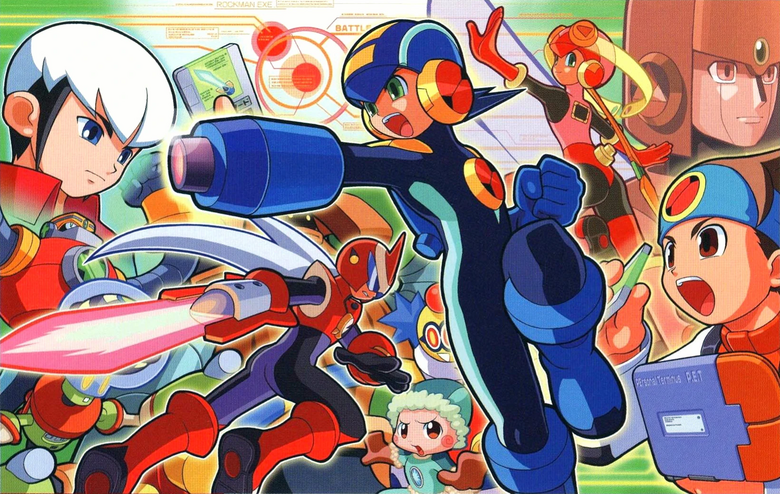 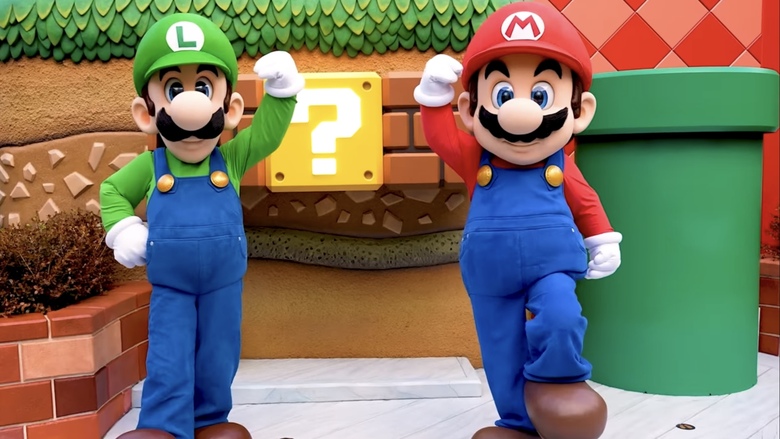 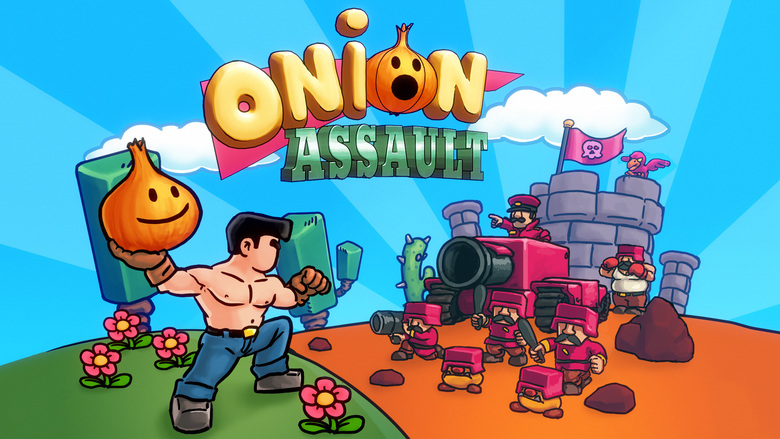 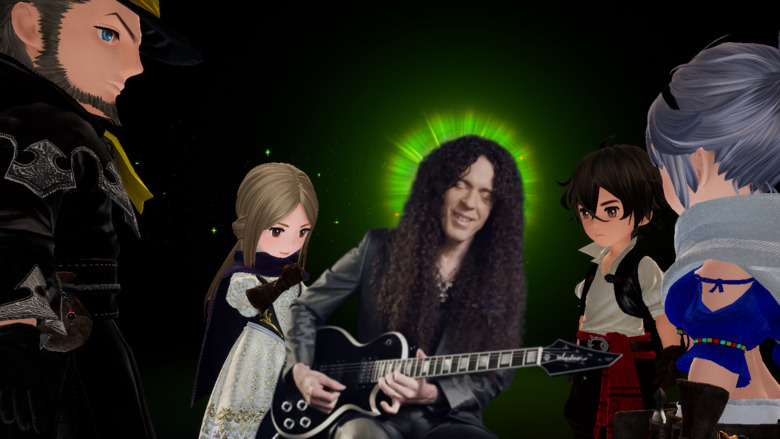 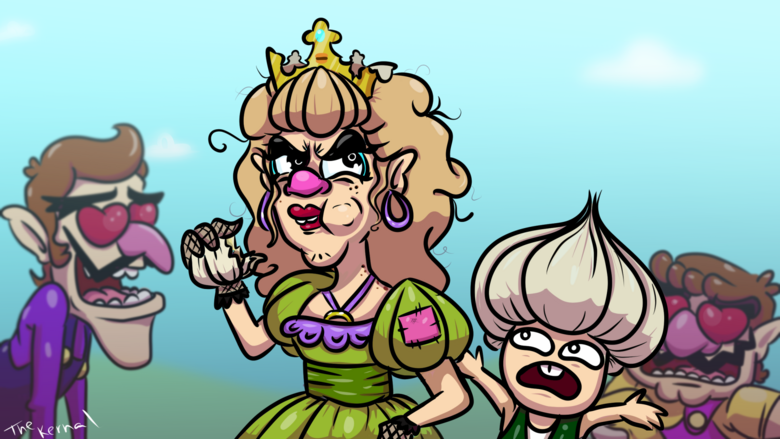 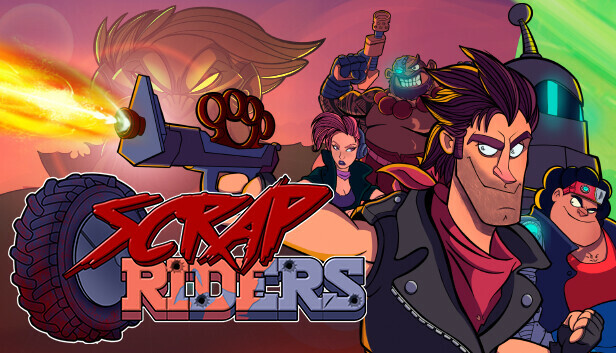 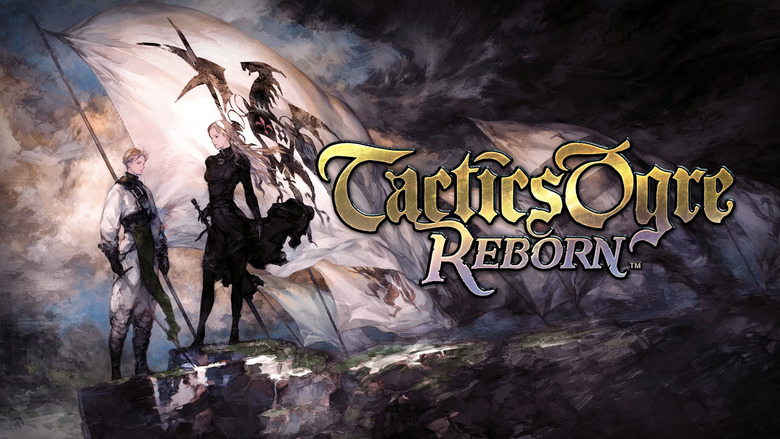 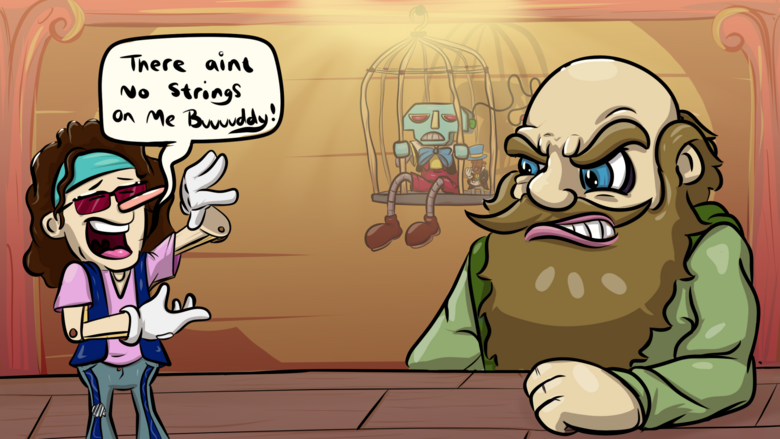 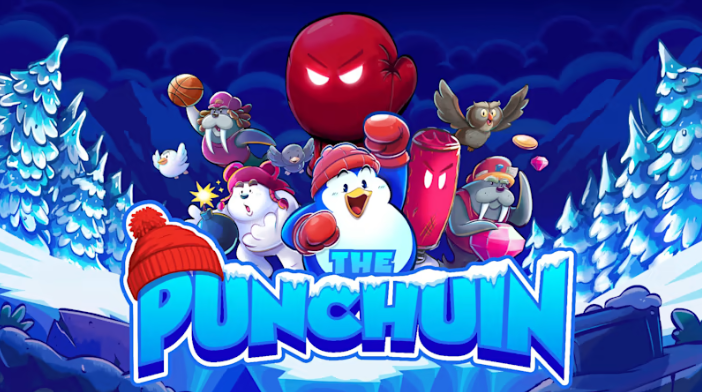