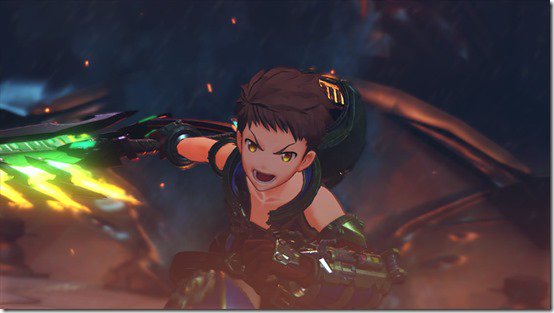 Coming from a Gamekult interview with Xenoblade Chronicles 2 director Tetsuya Takahashi, as translated by NintendoEverything...

TT: It was a Switch exclusive from the start. As you know, Xenoblade Chronicles X was designed as an open world, and above all we learned the cost of such a project (laughs). As we apply this knowledge to a slightly more guided experience, we get a clearer picture of our needs in terms of asset management and optimization; all the little details that allow us to better apprehend the scale of the game.

GK: Exploration has always been at the heart of the Xenoblade saga, especially in Xenoblade Chronicles X. Can we expect the world to be even more vast on Switch?

TT: Exploration will have an even more decisive role in Xenoblade Chronicles 2. With regard to the number of places to explore and visit, I think we’re going far beyond what Xenoblade Chronicles X was able to offer. As you could see in the trailer, you can expect to discover a large number of diverse environments, some natural, some built by men.