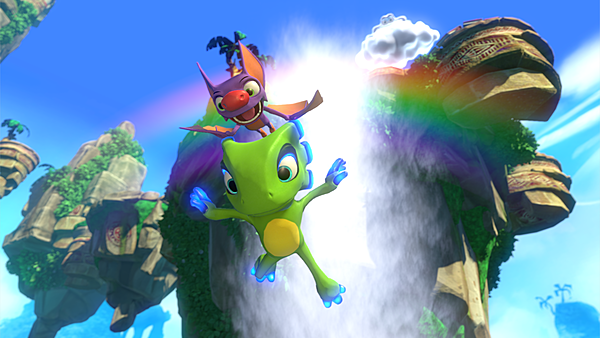 Both David Wise And Grant Kirkhope are known for their amazing work in multiple RARE games, as well as more recent games like Mario + Rabbids Kingdom Battle, Yooka-Laylee, and so on. They both have a signature sound that screams classic RARE, and you can usually pick out their pieces as soon as you hear them. In an interview with Nintendo Life, both Wise and Kirkhope talked about working within the confines of their motifs.

Wise: "We’re hired to have a certain sound and character, and with that comes certain preconceived expectations. Which is both good and also somewhat challenging at times. However, I still push myself to find a new angle to work with."

Kirkhope: "Definitely, I think you can’t escape that. With the first Yooka game it was obvious that it needed that Banjo-Kazooie-ness so I had to find a way to not make it exactly like BK but just enough that people got that flavour. With Yooka 2 it wasn’t so much of an issue as they didn’t want it to sound like that."