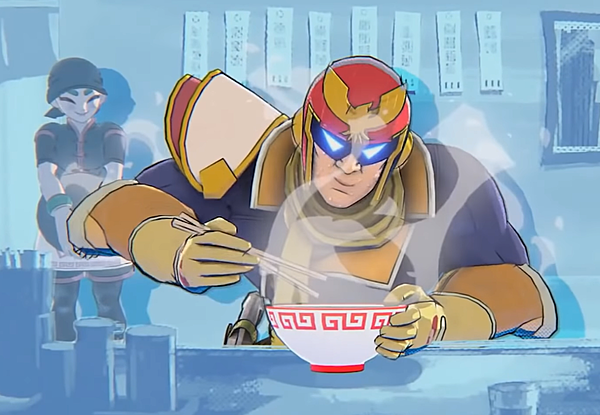 Ryo Horikawa is the voice actor for Captain Falcon in the Smash Bros. series. His lines in those games have become absolutely iconic, and helped the character become an extremely memorable and important part of the series.

In a recent video, Ryo Horikawa talked a bit about being asked to come back to record lines for the Smash Bros. Ultimate Min-Min reveal trailer. When Horikawa was originally asked back, he thought he'd be re-recording lines for the game in general. He had no idea he was going to be asked back to make ramen-slurping sounds!

Horikawa also talked a bit about his original voice recordings for Super Smash Bros. on the 64. He said that the team told him his recording of Falcon Punch would be used the world over, so they decided that he should do the line in English. Horikawa practiced in order to make sure his delivery sounded like the line was coming from a native English speaker. I'd say he did a pretty good job!

Thanks to PushDustIn for the translation!
[Link]