A big showing of support
by rawmeatcowboy
29 September 2020
GoNintendoGN Version 5.0 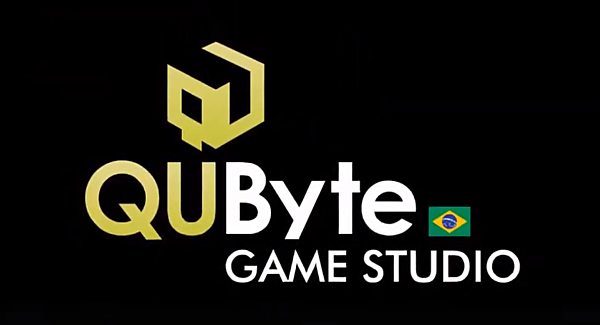 QUByte Interactive sure has a lot of plans for the Switch. The company has detailed a huge amount of different projects for the platform, and you can see a quick breakdown for each below.

New sequel of the successful Unlock The King, now with 3D boards based on Rubik's Cubes. A originally designed puzzle game inspired by Chess. Move the pieces and create a path to Unlock the King.

Tinker Racers is not about reaching the finishing line at all. In this Survival Racing Party Game, the challenge is to stay in sight on chaotic miniature tracks. You want to be leading the race to be the camera target. Especially because everyone that leaves the camera dies!

In John, The Zombie you have the craziest zombie simulator ever to try delicious brains of all forms and tastes so you can test out this diet and prove its efficiency!

In Savage Halloween the world was get for mosters from beyond that have been trapped in the earth after a Halloween party, and now the decided make here their home.

Final Fight, Double Dragon, Battletoads, Streets of Rage… What do all of these games have in common? They all represent the glory of the "beat 'em up" genre, a staple of gaming in the 80's and 90's. Developer QUByte Interactive took inspiration from all of the the unforgetable notes from that game style to proudly bring you "99Vidas".

The Crown Stones: Mirrah is a dark fantasy metroidvania game focused on action-combat and challenging mechanics with pixel perfect graphics.

Space Elite Force and Space Elite Force II are a side shooter for up to 2 players in local cooperative mode. With a wide variety of weapons, enemies and improvements to your ship, it presents all the intensity, depth and beautiful handcrafted pixels of a classic side-shooting game. Have fun in insane battles, facing epic bosses and unlocking a wide variety of achievements in one of three game modes, alone or with a friend in local cooperative mode.

One of the best high-tech simulation ever created is here! you must collect some stuffs for you, that's it, gotta collect 'em all. a third person style with one goal, collect everything! you are in a pacific town but a lot of crazy events can be the most terrible experience ever!

FLATLAND - Vol. 2 is a fast-paced hardcore platformer featuring hand-crafted levels and Lightning-fast respawns. Help Square in crossing the most dangerous part of Flatland: the flooded wells.

A cult-classic among the fans of Fighting Games, Breakers was released in 1996 for the Neo geo and Arcades, with its sequel, Breakers Revenge, following up two years later.

Red Ronin is a Tactical Turn Based Dash n Slash game where a bloodthirsty ronin and her companion bot searches for revenge.

Set in the suburbs of a fictitious Brazilian community, 171 features typically Brazilian landscapes and multiple gameplay mechanics such as vehicle tuning,ranged and melee combats and open world exploration.

HTR+ High Tech Racing is a Slot Car Racing Simulation, a virtual version of the classic toy of the 80´s and 90´s!

The dystopian future of WarDogs: Red’s Return is coming to PS4, Xbox One, Nintendo Switch and PC this year. A 2.5D Beat ‘em Up inspired by the classics of the genre, WarDogs takes you on a journey to get rid of the gangs controlling the Suburbs and look cool while doing so.

Project Colonies: 2120 MARS is a 2.5D side-scrolling action-adventure video game, of the Metroidvania subgenre, in which players take control of Lt. Anna “Charlotte” Right, a member of an enhanced elite group of Space Marines, sent on a Mission to the first Human Colony on Mars after a distress signal has been received on Earth.

Rift Adventure is a pixelart platform in a magical world full of adventures and with a functional tax system, it is up to the player, to walk beyond his own future as an adventurer, the future of the city's development. The player will choose to pay or evade taxes, and his decision to do so will completely change the city.

A chess game without any chess. Rearrange your troops to bring your best Knights back to your Kingdom in an abstract medieval world.

Spooky Chase is certainly a challenging experience. This is due to the fact that all enemies are made by YOU. Creating a new challenge for 2D Platform games.