REVIEW: What Lies in the Multiverse? Excellence - that's what

Rick and Morty: The Game 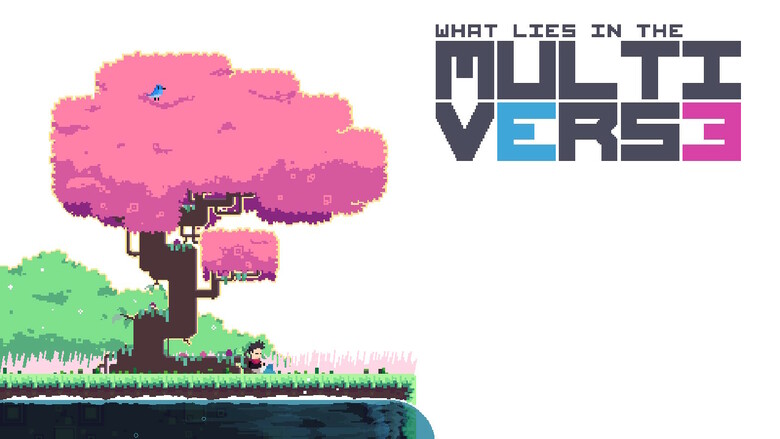 There’s an early moment in the darkly comedic What Lies in the Multiverse where the Trigger Warning presented at start-up is earned. Using the core universe-switching mechanic – a skill taught to you through gameplay and laugh-out-loud dialogue between the two protagonists – you’re suddenly made aware of how dark the developers are willing to be. It’s a haunting moment within the story, but handled with the same care and attention that is present throughout this masterfully-produced game.

An intriguing mystery is established during the first chapter of this 2D puzzle-platformer, and getting to the bottom of it takes you through the 10-hour campaign. Central to this mystery (and the game’s main mechanic) are parallel universes, which are now overlapping with one another. Everett, a scientist-on-the-run, is able to jump between these universes using a special staff. Everett takes you, “the kid,” under his wing to teach you how to use this staff, which sparks a complex and funny relationship that runs the entire game. 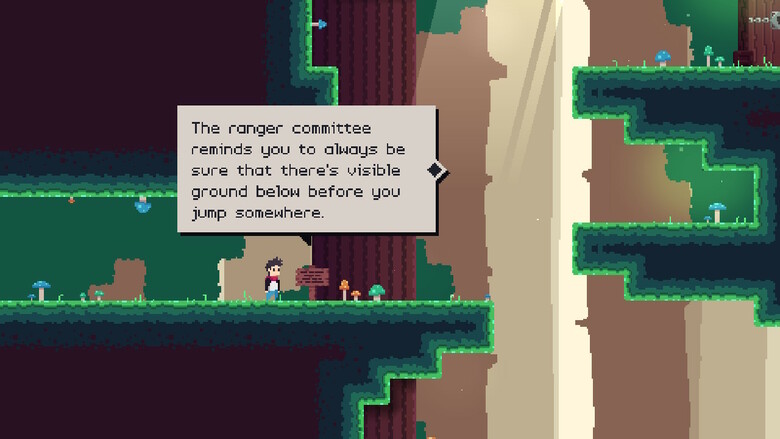 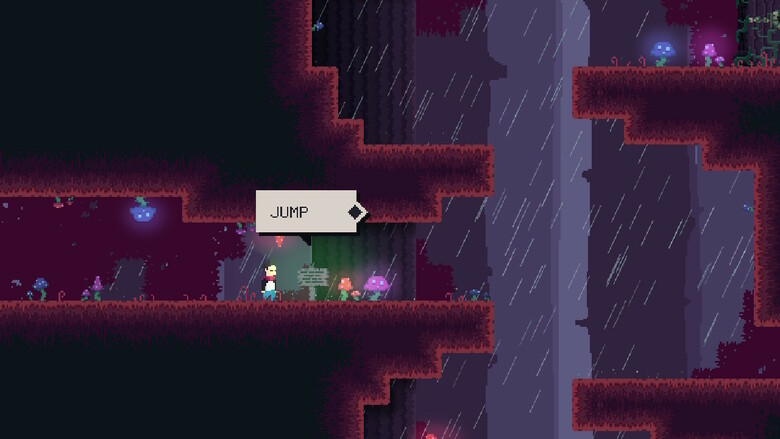 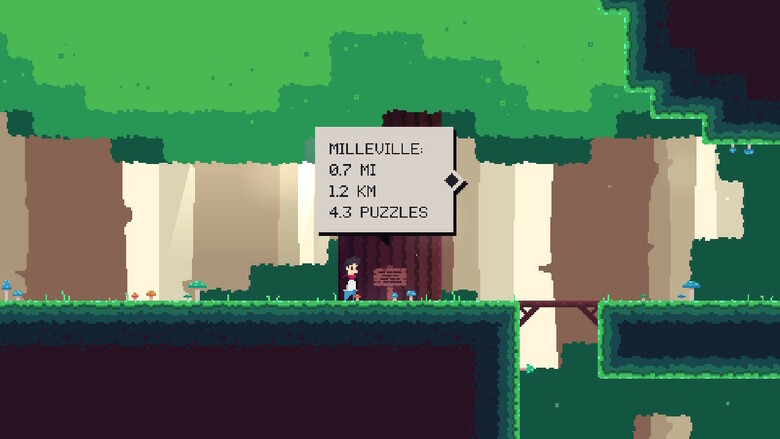 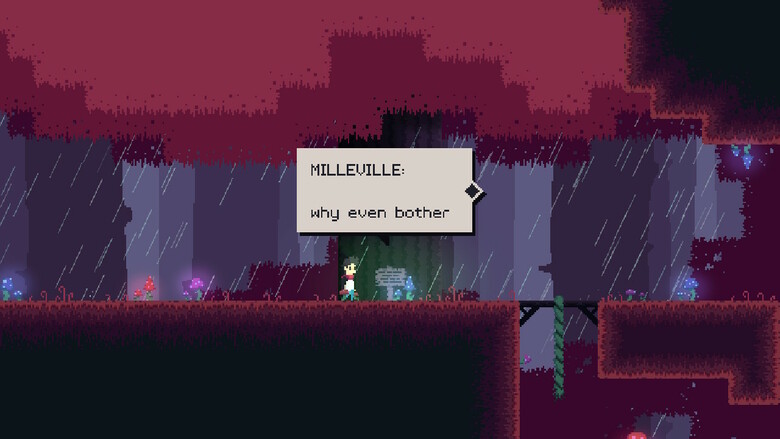 Using the contrasting universes for laughs
View All

Switching between universes is as easy as pressing ZL or ZR, but the effects that these different universes have on gameplay differs between chapters. This means you’ll constantly be dealing with challenging, evolving puzzles. Thankfully, What Lies in the Multiverse is a masterclass in teaching new mechanics through gameplay.

A basic example of smart puzzle design is found early on in a platforming section of Chapter 1. Your task is to get “the kid” to the top of a mountain after only just learning how to switch universes. You come to learn that a rope is only present in one universe, and it needs to be climbed to reach a platform present in both universes. Once on the shared platform, you can switch universes and make a jump to a platform that’s only present in the opposite universe. You’re not done yet, as you need to make another jump, and then switch back to the original universe in mid-air to land on another solo platform. At no point are you told mid-jump switching is possible. Instead, the game lays out a puzzle that pushes the player to realize mid-jump switching is the only way to progress.

The game pokes fun at its approach to head-scratchers with some witty dialogue between Everett and “the kid,” but each time I completed a puzzle section, I felt smarter than I did going into it. Add the fact that What Lies in the Multiverse contains in-game achievements for some of these puzzles, and the victories are that much sweeter. 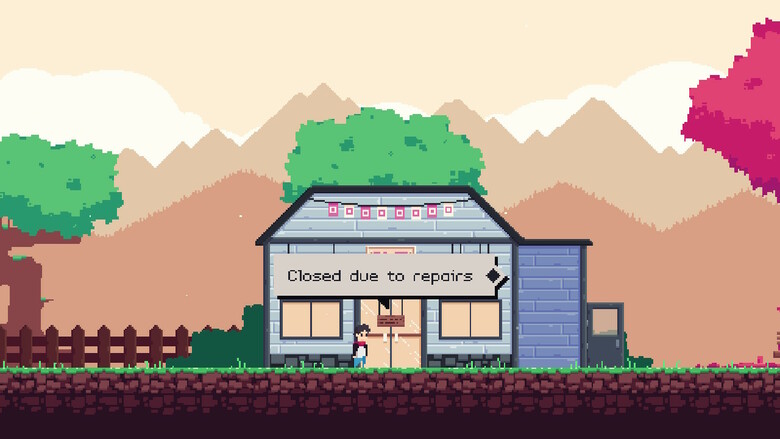 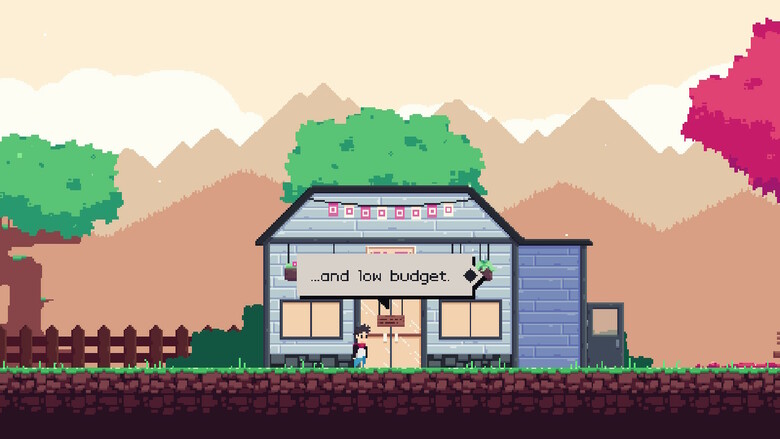 With puzzles taking some thought and time to get through, the dev team saw fit to include an absolutely stellar soundtrack to accompany you. You’ll hear tunes across various genres, but most tracks trend towards lo-fi chill-hop, which is a great fit for everything going on around you. Sound design as a whole is well implemented with a clean presentation of effects and subtle background ambience, which occasionally gives way to eerie silence when moments call for it.

Visually, What Lies in the Multiverse uses a pixel art approach, and the sprite work is top-notch. The animation is suitably fluid for the style, and performance is rock solid. Custom animations are used for the many cut-scenes, as well with additional characters you happen upon. 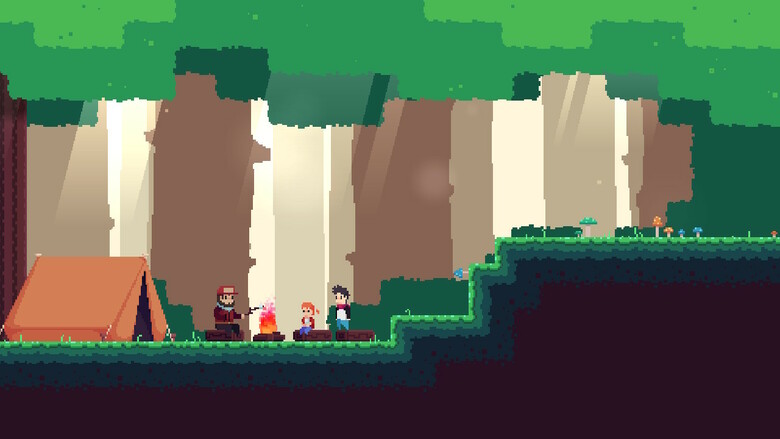 An example of when the subtle background ambience... 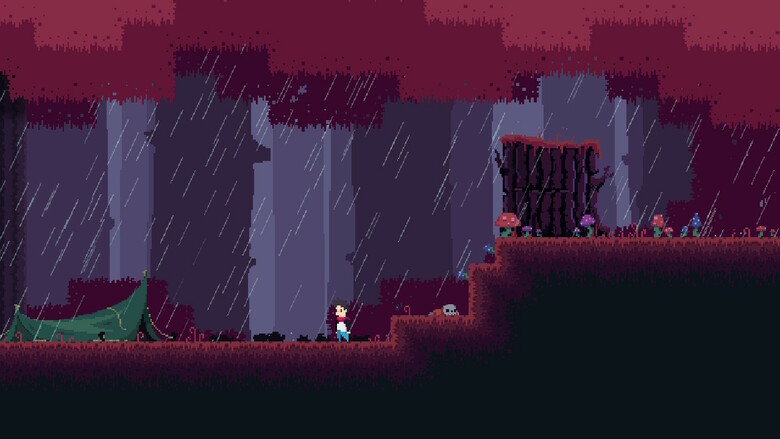 This expanded cast brings about deeper questions to be pondered while the overarching mystery continues, and the character development between them all is the highlight of the entire experience. Much of the dark, and sometimes slapstick comedy stems from these interactions, but What Lies in the Multiverse does not shy away from removing the comedy aspect when the story calls for it. The way scenes move between light hearted and melancholic moments crafts an experience that always keeps you on the edge of your seat, as you never know what’s coming next. 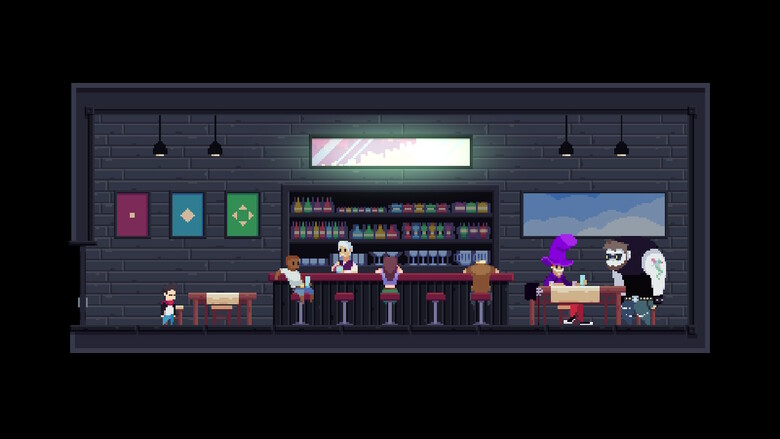 Even when in the comfort of a local tavern... 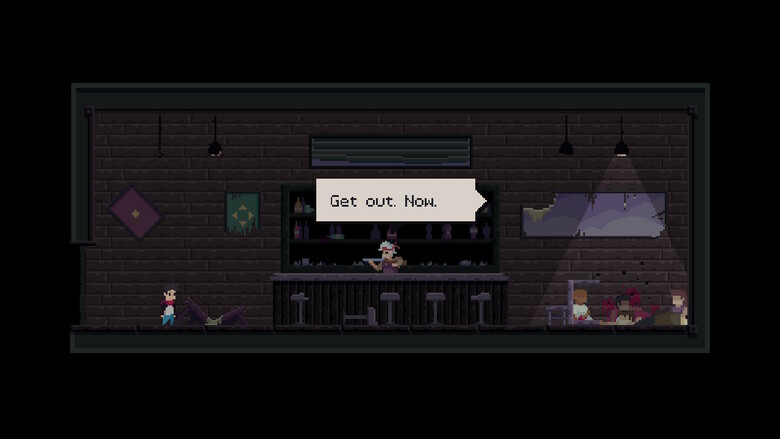 ...there's the possibility of something sinister
View All 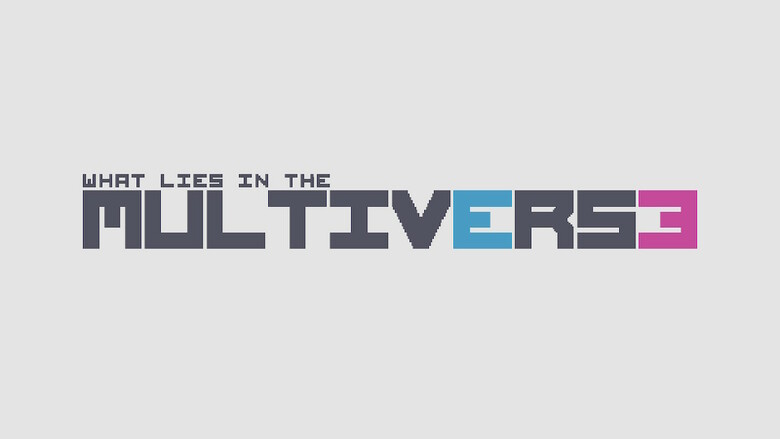 With an outstanding story, funny characters, and emotional plot points, What Lies in the Multiverse could have allowed its puzzle-platforming or presentation to take a backseat. Instead, the developers paid equal care and attention to every aspect of the game, creating a package that is one of the best puzzle-platformers available on Switch to date.