Nintendo Switch Sports once had players controlling giant robot mechs, according to developers

Nothing says fitness quite like a giant burger-shaped robot! 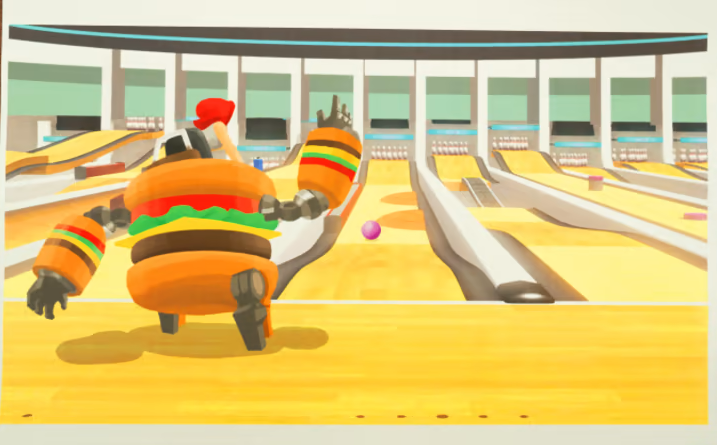 In a new article published by Nintendo, the developers of Nintendo Switch Sports speak about a variety of topics regarding the making of the new entry in the series.

One such topic is that of the new “Sportsmates” that players use in place of Miis. It turns out that the transition from one to the other wasn’t exactly linear, according to some concept art that was shown off in the article. In early days, round armless characters similar to Miis were proposed. After that is where things seem to have changed a lot.

One concept had players play as stylized collegiate-level athletes in uniforms. The art shows off various different character archetypes, including what appears to be some sort of horned red demon. The art in question can be seen below. 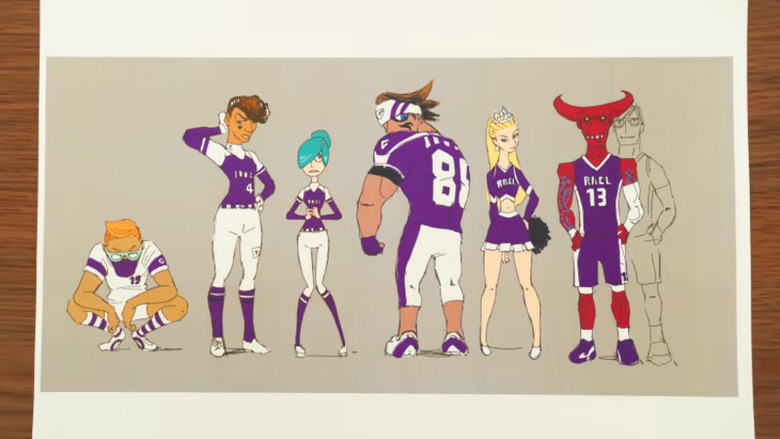 Moving on from this concept later in development, the team landed on an idea for what they call “…the most outlandish characters”: giant mechanical robots. The artwork shown features several robotic characters, from a burger robot to a carrot robot, to a teddy bear robot, and even a skull robot. The team even got so far as to make this into a working prototype, but that’s when the idea fell flat.

According to the developers, as much as they enjoyed the designs, they just didn’t fit in with the premise of the game. A full quote can be seen below, along with the artwork.

Morii: At first, everyone was so excited about this robot idea that we all thought, “This could be fun!” We even made a prototype. But when we actually saw the robot on the screen and moved it around, a blanket of silence fell over everyone.

Okane: This would make the gameplay about operating a robot.

Yamashita: The player controls the character in the robot to operate the robot. Then, the robot throws the ball. There are too many steps in between. 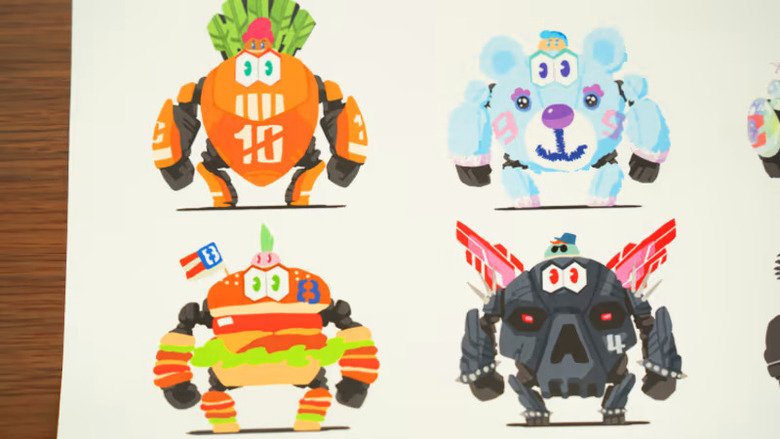 After realizing they had gone in the wrong direction for the character designs, the team decided to return to basics with humanoid characters. They finally settled on the Sportsmates, which they saw fit better over the Miis given the upgraded technology of the Nintendo Switch console.

Even with a relatively similar body type, the transition to using Sportsmates was far from easy. According to developers, there were roughly 30 animations used in the original Wii Sports to represent running, swinging, and everything else. In their move to Sportsmates, however, this number jumped up to over 650 different animations! When asked where this sharp increase came from, a developer answered:

Morii: If the arms are connected to the body, a separate motion is needed for each angle that characters hit back, and an animation is required for each direction they move including forward, diagonal and back. We also had to create a walking version and running version for each motion, so the workload kept increasing. (Laughs) The programmers and animators worked very hard. But I believe we were able to create a good title because of the hard work.

In the end, the developers’ goal was to make stylish characters that also made the game easy to play and understand. When you see your avatar do something, you should be able to understand exactly what it is. A lot of tough decisions were made in the design process, but ultimately the team felt moving to Sportsmates was for the best.

To read more about the design process of Nintendo Switch Sports, check out the full interview here!
[Nintendo]