Review: The Last Cube has solid puzzles, but it's rough around the edges

It may be shiny, but it's not quite polished. 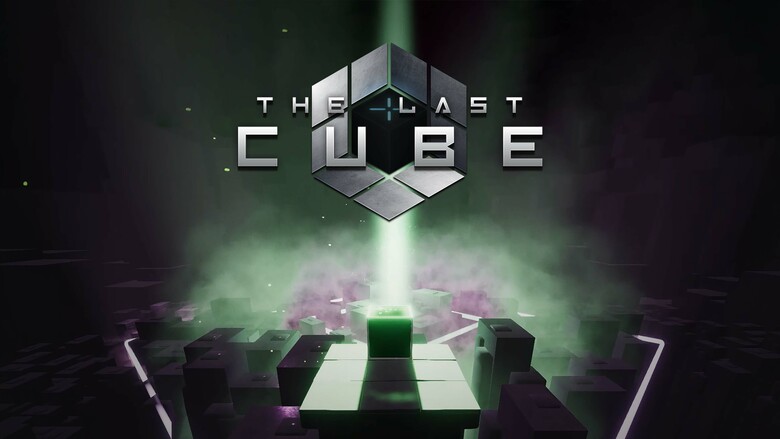 It takes more than just good gameplay for a release to be really enjoyable. First and foremost, a game needs to run well. Otherwise, a solid experience can be pulled down by a lack of optimization and polish. If you’re battling against the framerate of a game, it’s easy to get distracted from the fun.

The Last Cube, a recent release from Finland-based Improx Games Oy, showcases how even the most interesting mechanics and puzzles can be soured by suboptimal performance. While its challenges are interesting and very sound, I couldn’t help but notice how that the game runs far from perfectly. 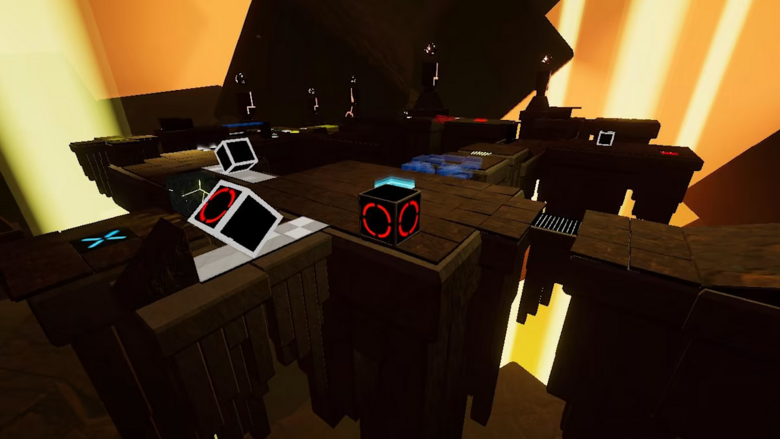 First and foremost, The Last Cube has some of the most interesting, well-designed mechanics I have encountered in a puzzle game. In the game, you’ll control– as the title suggests– a cube. You move forward, backward, left, and right by rolling. It sounds simple enough, but that’s only the base on which the game continuously builds.

As you reach further levels with the titular cube, you’ll unlock new cube stamps, each of which has a unique ability when it’s on the top face of the cube. The blue stamp allows you to rotate in place, the yellow allows you to dash forward, and so on. A stamp can also be used to press buttons and other triggers, but you have to move your cube just right to get it properly into place. 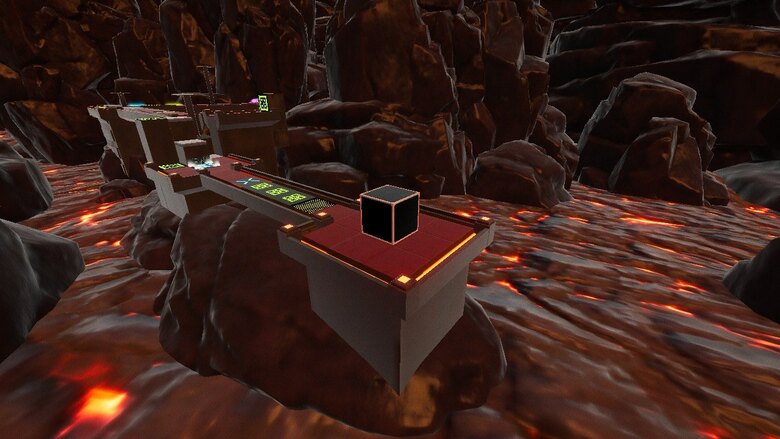 A bonus level. Can you manipulate your cube just right?

All of these aspects combine for really interesting mechanics and puzzles that feel genuinely good. Each ability can chain into another, and that makes for gameplay that always feels like it’s evolving and growing. Mastering a new stamp ability feels great, and the well-designed puzzles are challenging in a very engaging way. If you enjoy puzzles that require thinking in three dimensions, The Last Cube offers a great variety and solid mechanics.

There are a decent number of levels as well, and each has collectibles in the form of lore. The lore pieces tell you a bit about the world you’re in, the mechanics of the game, and more. Along with this, each level has a challenge to beat once you complete it for the first time. Each challenge pushes you to use the mechanics in new ways, and this only builds on the great foundation of everything else. Combine this aspect with the collectibles, and you have a good amount of replayability. 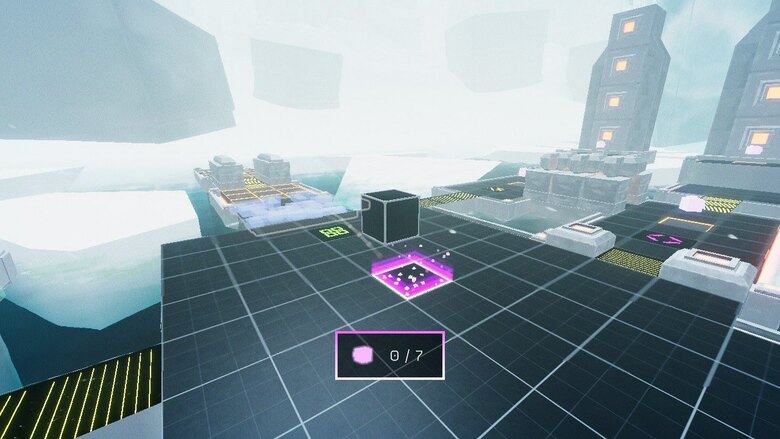 Where the game falters, however, is the optimization and visuals. Graphically, The Last Cube is usually just fine. It’s not necessarily great-looking on Switch, but it isn’t bad most of the time. In fact, there are a few times I would say the game looks downright beautiful, especially as you get later in the game.

The problem, though, is that the few beautiful moments are greatly outnumbered. A lot of the time, the textures on the Switch version are rough to look at, especially when you’re up close to them. Some downscaling clearly had to be done in order for things to run, and it leaves some spots looking far worse for the wear. A few of the major set-pieces in levels end up being underwhelming because of this. The visuals aren’t awful most of the time, but the blurriness of many of the textures is pretty obvious throughout. 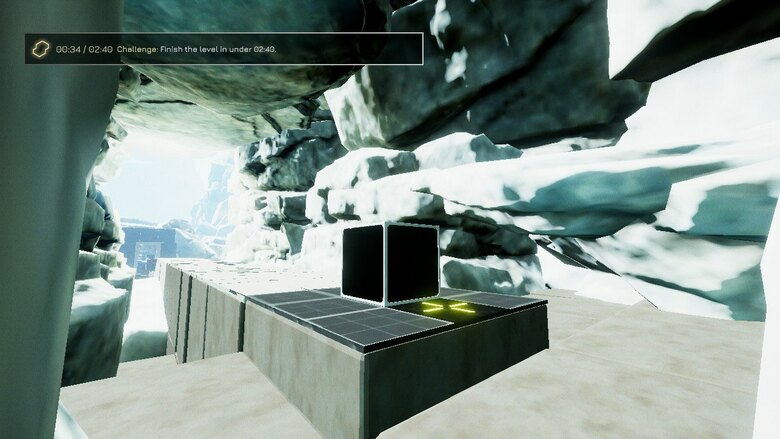 A major set-piece in the second level. Meant to be a moment showing the beautiful world.

Even with those graphical downgrades, however, The Last Cube runs far from smoothly. The Nintendo Switch version of the game has heavy drops in the frame rate in nearly every area. Even in the relatively smaller levels, more often than not the framerate is jittery. It doesn’t necessarily make the game itself harder because you’re not often relying on exact timing, but it does make for a much rougher experience than you’d hope.

My game even froze and crashed on my Switch OLED at one point, which meant I had to restart my current puzzle from the beginning. It only happened once, but the fact that it happened at all left a sour taste in my mouth. Even with the strength of the mechanics and gameplay, it got a bit hard to sit through the rough optimization of The Last Cube at times. Avoiding turning the camera in certain directions to avoid lag spikes became routine, but also a bit tiring by the end. 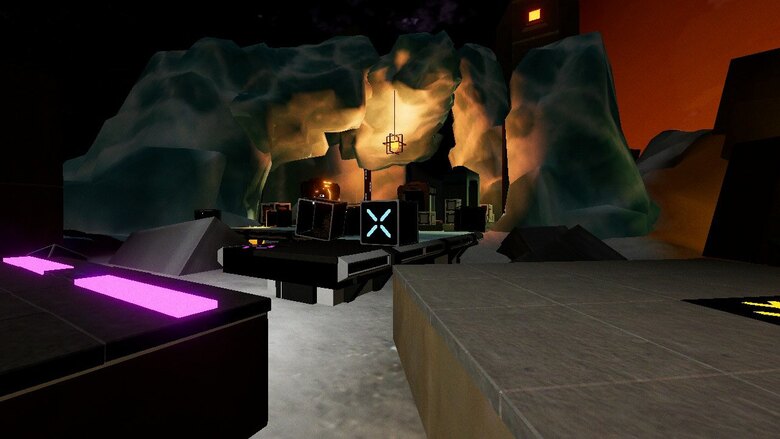 Even in the game's hub, some of the textures are rough to look at.

Let’s be clear: these problems certainly did not ruin the game for me. I still ended up enjoying my time with it overall, but that came with some rough patches. The puzzles of The Last Cube are very well designed, and the mechanics build on each other in a truly satisfying way. Even with the poor optimization in some parts, my biggest takeaway was how unique the gameplay itself was. As it stands, I recommend the game for puzzle lovers like me. However, you may be better off checking it out on other platforms for the time being.